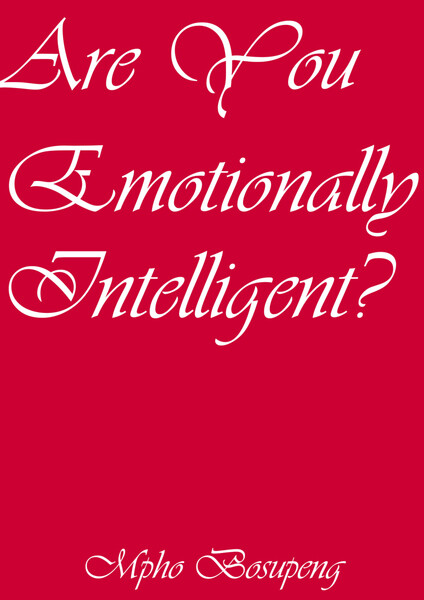 Are You Emotionally Intelligent?

Emotional intelligence is the ability to perceive and generate emotions so as to assist thought; to understand emotions and emotional knowledge; and to reflectively regulate emotions so as to promote emotional and intellectual growth from the definition of Mayer and Salovey (1997). Another definition of emotional intelligence is the “ability to recognize the meanings of emotions and their relationships and to reason and problem-solve on the basis of them” (Mayer, Cruso and Salovey, 2000). From the views of these psychologists, emotional intelligence is not limited to the “self”. It is also about recognizing the effects of your emotions on other people. People usually refer to some folks as “rude” or “inconsiderate”. I believe such people are exhibiting the signs of lack of emotional intelligence. Normally some people do not discriminate words when they talk to you. It does not matter whether you are being nice to them or not. An emotionally intelligent person knows when his emotions are getting out of hand and controls them before they impact negatively on the other person. I believe the same principle is used when driving your own car. You know when to apply the brakes before running into another vehicle. Most companies today when they hire somebody for a position which will impinge on their social skills they make room for emotional intelligence in their interviews. This could be done by giving the candidate a scenario and then ask them how they will react in the situation. Even though being intelligent academically is brilliant and admired, there is no substitute to emotional intelligence. I am a fan of the popular comedy series called The Big Bang Theory. The series presents us with two brilliant physicists but one on them I strongly feel is not emotionally intelligent: Dr Sheldon Cooper. He struggles a lot in the episodes regarding whether his friends are sad or not. He has a hard time recognizing if he had said something to upset them or not.

When people are young, they are taught to respect and honor elders. However, that does not mean we are brought up to be emotionally intelligent. Family fights are sometime fuelled by lack of emotional intelligence on both sides. People often say whatever they feel has to be said without acknowledging the impact of the words on the next person. It is quite difficult to train an aged individual to be sensitive to other people’s emotions when they have spent half of their lives running over people. The main reason why people do not care to be emotionally intelligent beings is because they do not care for other people. The common saying “it’s not my problem” will lead the next generations astray