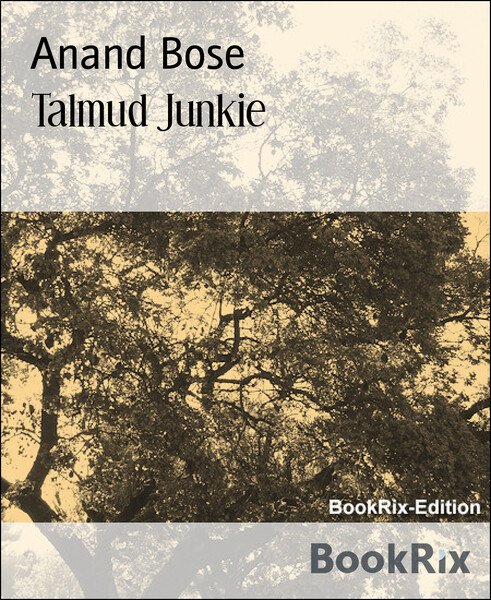 The sky lay like textures of a dark vulva colored with the fornication of the dark. I stumble drunk and throw a wooden pentagram and it lies broken with me, quivering me with thoughts of sodomy. Not one bird is echoing a lonely call. All are settled like prostitutes who have been given their wages, settled in their nests with their waste land clients.

Art exposes the nudity of a cracked mirror and a shattered beer mug. I feel my thoughts to be the amalgam of an absurd universe. I feel brothelized by the window of emptiness. I feel the stink of puke and the stench of feces emanating from the broken commode of a clogged bathroom.

I dream of my college lover; she has left me and left her life in an accident. I have tried Ouija boarding with her. But her ghost never appears to me. I wish she would haunt me in my dreams, prick my genitals through a séance of bitchiness. I am still feeling passionate about her, the raw meat of her sensual lips, and the kissy sweetness of her tongue. How sunny I felt when I fondled her flowery panties. She stopped me there and would allow me to go no further. I wonder why her ghost is adamant to my feelings, wants and wishes. I wonder why I want to scatter my thoughts about her with the scum of cum.

If ambrosia is the nectar of Greek pagan gods for immortality, it can at least be nectarized by the pagans, the heathen, the renegades, the apostates as a panacea of immortalized--immorality. Art has a problem beatitude; every taboo has been transgressed; watching porn is watching a romantic comedy. Taboo has become cliched and transgressions trite, common place everydayness of things; what can be redeemed in Art? Hyperboreanism is nullification. Nihilism is dead. From Thanotos to Thanotos, Eros rebels in the hell of Lucifer. Her shouts are comic psalms viable to be written down as Nirvana watching a blue stocking pull up. Orgasm has pinnacled over kundalini and catharsis and the shakti OM and the blessed hallelujah and orgasm is the very thought, a transgressional structure of over writing, a cross over, a cross symbolism over the word ----to cross. What still emerges is an epiphany, a soluble mammary breast of transgressing tropes.

It rained; spit was onamatopoezing as spit, spit, spit, like the transgression of the trinity---the father, son and the Holy Ghost. My teenage was shibbolethized to pout the scripture with awe, reverence and worship. Thus I reminiscence: " The Lord is my Shepherd". As I have grown older catechism has been replaced by the veneration of lips----meta-pussying. I have graced into many pastures as a loving Shepherd. I have observed how the heathen, fleshy pastures churn their soiled juices on my tongue; oh how fruity, meaty and fleshy were them. Oh how the after taste lingers in me like wine pressed from the wine yard.

Sometimes my alter ego makes me into Mr. Worm Wood, belonging to the Brethren of Sisterhood of the Holy Evangelical Being----the Evangelical position of the missionary.

I found her so unresponsive as a corpse. She was barren as a desert of sexual energy. There were no loving words of companionship no sexual talk. I had to force her to remove her clothing. She would not touch me anywhere. I felt for her breasts, they were voluminous with ripe black nipples. She brushed off my hands with manna of disgust. I tried to reach out to her soft labyrinth, her labials. She removed my head. I wanted to taste her and give her an orgasm. I tried mounting on her as missionary. With a lot of effort I was able to insert myself into her vagina. First I thrust-ed slowly, then I rammed into her. She told me to stop. I felt so neglected. For her sex is so dirty. I have been living with her for many years and I hate it.

It rained, a mystical outpouring, an epiphany of poetry, like a women's body outpouring in menstruation; the pads were the earth absorbing the pale blood of fecundity.

She was in late fifties; she was a radical explorer of sex; I found her thanks be to the web; we had so many discussions especially on the art of poetry which we both were fond off. How I remember the way she took me to the bathroom and removed my clothes and scrubbed my body with soap and how we had a sensual bath together. Later on we had a couple of drinks---Chivas Regal and it aroused in us the poetry of hornyness. Though she was old, there was not a blemish or wrinkle on her body; her skin glistened like a baby's cheek. We embraced each other and shared a kiss which lasted for ages. How sweet it was to taste her liqueur of her tongue. Her breasts were small but she has unusually large nipples. The nipples were risen and taut. I sucked and nibbled her nipples. She kept moaning and mumbling a gibberish of passion. She kneeled on the bed and told me to place my mouth inside her butt. Being drunk, I did it with inebriated relish. I jutted my tongue into the opening of her anus and started to do the analingus. I found her meaty flesh, fresh from the fragrance of bath, tasty. I devoured her butt with eager vitality. While eating her butt, I also inserted my finger into her cunt and started stroking it like a violinist on the cello. Her moaning became louder, more intense, and with animal grunting, she came to an orgasm. But she wanted me again and urged me. "Please enter me with your dick and fuck me hard." I took the position of a missionary. She with her thighs spread apart like a mountain, received me. Her pussy was very tight and I found it difficult to enter. She took my penis with her fingers and inserted it into her vagina. I thrust-ed with great vigor and she returned my thrust with greater force. With every thrust that I made, she would lift her buttocks upwards and thrust back at me. In these moments of intensity I experienced beauty, passion and art. My soul was lit up with a phenomenology of liquid arabesque. Yes I could feel her vagina becoming wetter and wetter like dew on the carpet of grass. Every penetration she shouted at me hoarsely. "Fuck me harder. Fuck me harder". At last she started sobbing with happiness. I poured my lava fully into her sacred pussy. We lay in each other's arms and drifted off to sleep.

I think of her; I dream her; she is Anita my office staff; she is a widow in her early forties. She is perfumed with the color of wheatish skin. How much I adore her! How much I wish to have sex with her. I don’t know oh God how to convey my desire. Yes, once she allowed me to brush against her buttocks. I am in a quandary to understand whether her wish is real or not. Yes, I ache very much for her body. How do I obtain