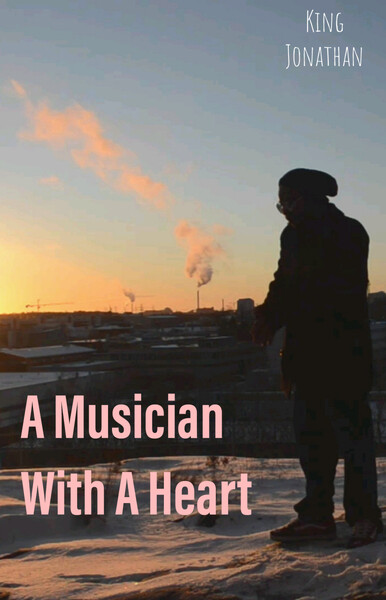 A Musician With A Heart

This story is based on a true story about a young man, who only had two goals in life. You’re going to learn more about these goals throughout this little novel, so let’s get right to it.

The young man’s name was Jonathan. He was born to two African parents back in 1994. Jonathan ,or “Jo” , had five siblings and the whole family was pretty musical.

Since childhood, Jo always felt like he had to please other people, because his older siblings were quite mean to him. What made it worse was that he was the only black child among his peers in school. So he was being rejected at home and at school. Although at some point he made some new friends in school and outside of school, he felt like he didn’t belong most of the times.

What made Jo an exceptional kid is, that he learned how to play instruments without going to any music school. By the age of five he was already playing drums and the piano in church. Keep in mind, that Jo’s father taught him three chords on piano. From that Jo trained himself to play the piano, guitar, drums, bass and other percussions. Unfortunately that came with a cost too.

Jo’s parents were very religious, which was fine for Jo, but it did have negative effects on him too. He was practically forced to play piano every Saturday and Sunday, which didn’t leave that much room for playing or meeting with friends. That combined with siblings rejecting him ,and school peers sometimes being racist towards him just for fun, he became a very shy individual.

Not only did Jo become shy, he became an introvert. He was afraid of disturbing other people at all cost, because he felt like a burden at school and at home. So whenever someone was nice to him, he was pretty much shocked by it. Jo couldn’t believe someone would like to spend time with him. Whenever it was a girl being nice to him, he would immediately develop a crush towards her. Or that ‘s what he thought.

See, Jo would often confuse liking someone just as a person to having a crush on them. Throughout the first to sixth grade, Jo ended up having a crush on four different girls. These girls were definitely not interested in him in that way and some even played with his feelings. Jo spent a lot of time with one of them. She