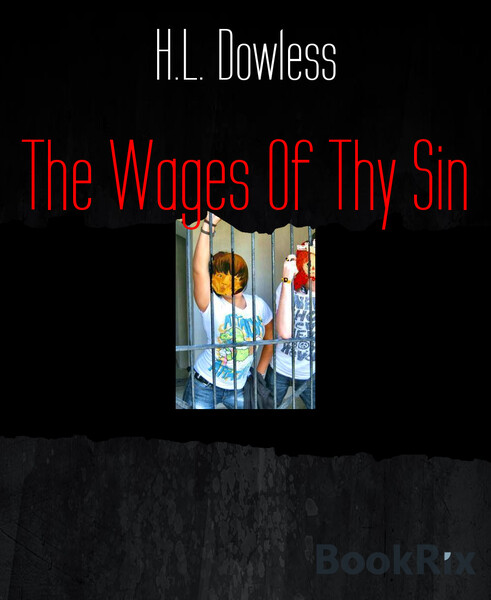 The Wages Of Thy Sin

The day was a bright and sunny October. There was no work down at the office, there had not been any now for the past four or five days. The puffing bursts of wind even held more the feel of gentle springtime than the cool compelling coax of fall. Some have said that mass layoffs in our business enterprise were soon to be upon us, but I continued to hope for the best from the future that lay ahead. I must admit, however, that these periods of layoff without salary, were strangely becoming more frequent. There was even talk of us losing all of our remaining benefits that had been gradually chipping away now for quite some time. To think about it though, just gave me another situation to despair over, when in reality, there was simply nothing that could be done to neutralize the situations, even if they did occur. What I was really in need of was some rest and rejuvenation, far away from the situation surrounding.

I arose from the bed and commenced to prepare a aromatic, healthful breakfast of freshly buttered grits, cheese, eggs, sausage and pumpernickel toast smeared with homemade peach preserves, all served up with rounds of thick, jet black coffee. The luscious aroma soon awoke my wife.

“John,” she called! “Are you up already, at this time in the morning?”

“Yes, I certainly am, my darling. I have a nice dandy right here for you, all ready fixed up just right!”

I soon heard the sounds of movement from the bed room and her feet hitting the freshly waxed hardwood floor. I could hear her as she haphazardly placed her slippers upon her bare feet.

“I'll be there in just a moment, dear,” she replied.

Soon I heard her feet shuffle as she moved down the hallway.

“Mm, mm, boy,” she said, as she paused in her night gown, with her hair all rolled up onto huge, light blue rollers. “I could just taste it as I moved down the hallway, before I even walked up!”

“Well now, you had just better come on and get it. Grits are not very good when they cool, even if they are warmed over,” I replied with in my raspy, asthmatic, morning voice.

“So whats on for today,” she inquired as she took her seat at the oval oaken eating table?

“I thought that we would ride out and take a three day trip. Maybe it will help me forget about my employment situation, these growing bills and all of this other garbage that I cannot seem to get a handle on,” I replied.

She suddenly glanced up at me as she took her seat.

“I understand, honey. I have told you over and over to just stop worrying about all of it. We will just take it as it comes. If we lose our home, then we could just move in with my auntie over in Dallas county. She has already informed me that we have the go ahead. She has a hundred acres of land, farming tools and the like; we'll never go hungry, John.”

“Oh, I know,” I replied, “ but I just cannot seem to get this mess and the fact of my inability to control our decline, out of my mind...It just keeps popping back up about the time that I have put it all down.”

I spoke to her as I took my seat at the right hand end of the table; the King's throne, everyone all sarcastically referred to it as. She warmly glanced toward me again.

“I understand your feelings in this matter, and I am with you all the way. Where was it that you had in your mind to vacate toward?”

I glanced down at my steaming plate before me, then glanced up again before reaching down to scoop a spoon full of the semi thick cheese grits.

“My old hometown,” I replied.

“You mean the place that you were raised in? With all of those cranks and weird Os,” she snapped?

“Yep, that's the one,” I replied as I placed the heaping steamy spoon into my mouth and began eating. “That's the place that you have so aptly described.”

She looked at me, then suddenly laughed in a way that appeared as if she were attempting to withhold it from my notice.

“I just cannot believe it, John. There are better places to visit than that old depressing, boarded up relic of a mill town. Only ghosts from a now dead past still inhabit the place...and the few people remaining all have employment far away. Most way off in the Dakota oilfields, I have heard. All that remain there are their locked up, antiquated homes, and the old folks just waiting to die. Why not the beach or the mountains?”

I smiled as I completed working my mouth full of fresh grits, carefully swallowing before I spoke.

“I just feel compelled to make one last trip. You are right, there is not much remaining to see there. The mill closed down some twenty years ago, and nothing has ever returned to replace it. The barrel factory and the goat slaughtering plant have closed soon there after. There exists nearly a zero employment base there...”

When Walmart went up on the other end of the county, all of the time honored mom and pop businesses simply shut down, not being able to compete with the poorly crafted foreign imports that people preferred to purchase in the name of saving small miniscule funds, even to their own future detriment. Now their antiquated storefront windows stood not only as just boarded up reminders of a splendor once dearly held, but as timeless monuments of a glory that was now lost for what felt like an eternity, with the talk of any new golden restoration being only idle speculation that was reaching farther ahead into a future that never materialized. These relics only loomed on to give one the same feeling of a past enlightenment and wealth that the old plantation homes always have.

Her warmly glinting brown eyes glanced back up toward mine. A smile streaked across her face..

“So what compels you to make this trip? I don't understand.”

“I do not know if I can find the words to describe my inner feelings about it all, in such a way that anyone else would understand, Maria. I would never expect people to be able to. All that I can say is that I just want to return one more last time, just to see where it all began for me. I am hoping to find maybe one remaining elder who can speak to me of those blessed days now forever gone by...I don't know.” I paused as I gazed blankly out the kitchen window, searching for the words to describe my repressed feelings.

Another smile streaked across my dear wife's face, then cracked with a slight laugh.

“I understand,” she replied. “If that is what you want, then that is what we shall do, starting today, if you would like. I am at perfect ease with it all. I just want you to find that inner peace in your life.., that much is all, dear John.”

So we sat and continued speaking for a while longer, talking, laughing, reminiscing about the day that we met, the adventurous trips that we have made over the years, how much the kids had all grown and the like. Before we even became aware of times passage, we had both completed our breakfast and I collected the plates and commenced to wash them at the sink. My wife walked back into our bedroom and began to pack our suitcase, being much more careful than myself to make certain that all of our needed articles were carefully wrapped in plastic and placed in the most accommodating, efficient position within the old tan leather suit case. In what seemed like moments, I soon found myself walking with the suit case in hand, down the steps and out toward our economical Nisan Ventura. I carefully raised the trunk lid and placed the old well worn suit case firmly inside, then slammed the lid down tightly. My wife checked the stove to make sure that it was turned off, locked the door of the house, then carefully walked down