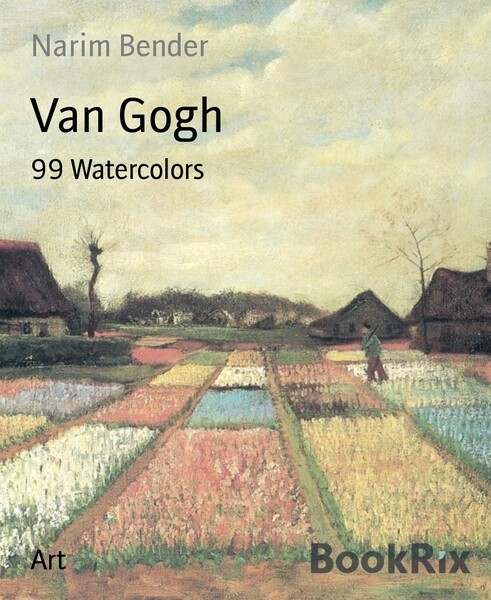 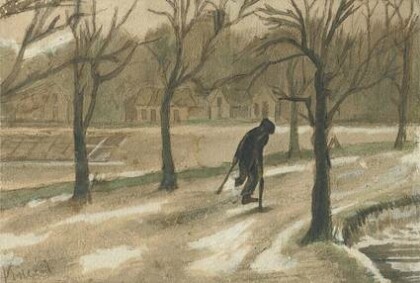 Winter, in life as well (after Jozef Israëls)

By the age of 27 Vincent van Gogh could look back on a disastrous professional career: in about ten years time he had failed as an employee at an art dealer, as a teacher and had given up another job at a bookshop in order to study theology in Amsterdam. After a temporary position as an evangelist in the Belgian Borinage, which was not prolonged, he spent almost a year reflecting on his future. It was not until 1880 when he, persuaded by his brother Theo, decided to become an artist.

It was presumably during the preparation for his theology studies (which he would never start), in 1877, that Van Gogh painted Winter, in life as well. The watercolor belongs to a small group of early works Van Gogh made between 1872 and 1880. In these days Van Gogh was drawing without any pretension and without feeling the need to explore the possibilities of the different materials. Some of these drawings are somewhat unwieldy, while others have a striking resemblance to real life. 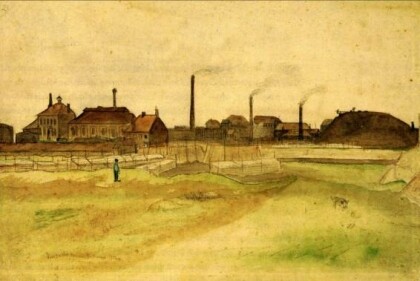 Coalmine in the Borinage 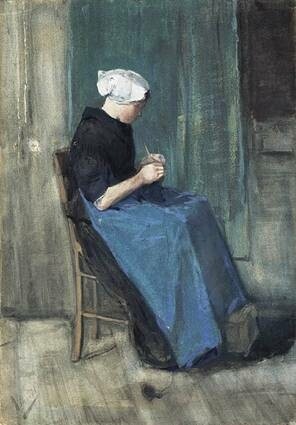 Painted in December 1881, the present work was completed while van Gogh was studying art under the tutelage of his cousin Anton Mauve in The Hague. A distinct change was visible in Vincent's work as a result of his working with Mauve. Mauve instructed Vincent to focus on still-lifes--an old pair of clogs and other objects, and to try his hand at watercolor. As Vincent recorded in a letter to his brother, Theo, "I can not tell you how kind and cordial Mauve and Jet [Mauve's wife] have been to me during this time. And Mauve has shown me and told me things that I may not be able to do right away but will gradually be able to put into practice"

In another letter Theo, the artist wrote:

"I still go to Mauve's everyday - in the daytime to paint, in the evening to draw. I have now painted five studies and two water colors and, of course, a few more sketches... The painted studies are stilllifes, the watercolors are made after the model, a Scheveningen girl...through Mauve I have got some insight into the mysteries of the palette and of water coloring... I confidently hope that I shall be able to make something salable in a relatively short time. Yes, I even think that these two would be salable in case of need. Especially the one which Mauve has brushed a little. But I would rather keep them myself for a time in order to remember better some things about the way in which they are done..."

On 7 July 1882, van Gogh again referred to this watercolor in a letter to Theo:

"This afternoon I at once sent a drawing to the doctor who treated me...to show my gratitude. It was a Scheveningen girl knitting, done at Mauve's studio, and really the best watercolor I had..." 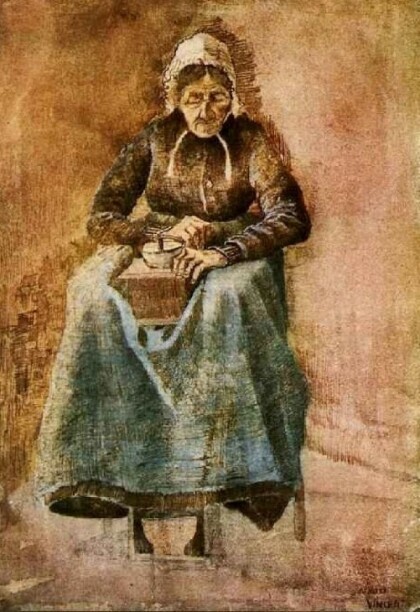 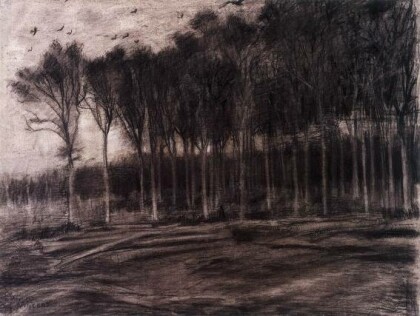 Edge of a Wood

In April 1881 van Gogh settled down in Etten where he stayed at his parents' house. In the first few months, he concentrated primarily on landscapes. On the present sheet he used mainly charcoal on the pencil sketch and he emphasized the tree branches with thin brush and ink. 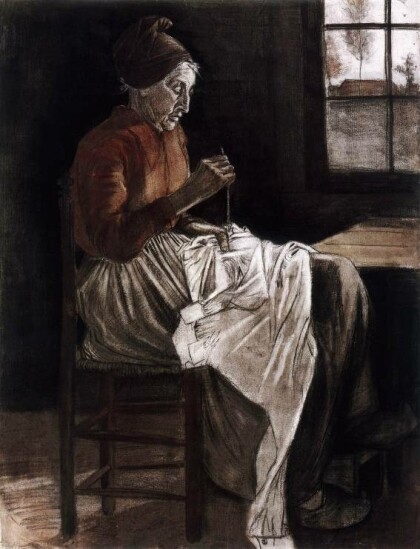 In the summer of 1881, following the advice of his brother Theo and the painter Anton Mauve, van Gogh began experimenting with watercolour. At first he confined himself to colouring his pencil or chalk drawings, mostly with thin body colours, as can be seen in the present drawing.