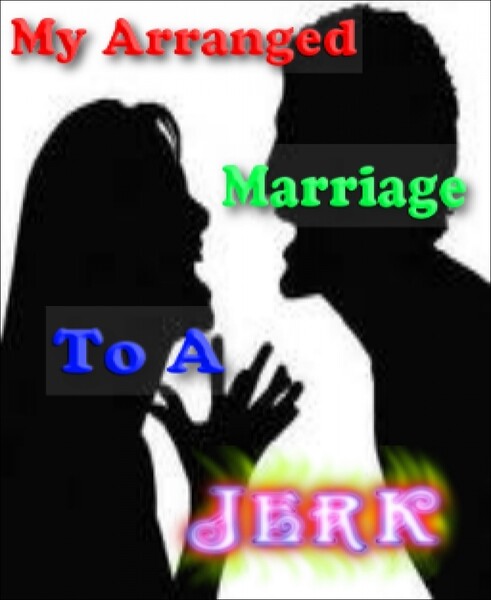 The rest of the car ride was silent. Nothing really happened except I occasionally flip him the bird which he rolled his eyes at.

I felt the limo jerk to a started and I rushed to the door. He grabbed my waist and threw me back into the seats.

I huffed as he opened the door. I quickly scrambled up and pushed him out of the limo.

He groaned as he ate concrete. I walked over to the door and got out, tip toeing over him form that was groaning on the ground.

I skipped up to the big mansion type thing. Isn’t a mansion a really big house? I think it is.

I stopped in front of the door before yanking it open. People started scattering. I frowned before shrugging.

“You’re going to regret that!” Mackenzie yelled sounding not that far away

I looked behind me and saw that he saw running towards me. I panicked and started running aimlessly through the HUGE house. Mansion. Whatever.

I saw a set of stairs and ran up them, not caring where they led too. When I got to the top of the stairs I frantically looked around. I only saw doors.

Shrugging, I ran to the fifth door and threw myself into it. I locked it and slumped against the wall, breathing hard. I hate running!

“Who’re you?” A voice asked

I jumped up into a ninja stance, “Who’s there?”

“You didn’t answer my question.” The same voice stated

“So? You didn’t answer mine.” I shrugged standing straight

“I asked a question first.”

“I asked second.” I said plopping on the bed in the room

“Get outta my bed.” The voice said sounding a lot closer

“Or what?” I rolled my eyes

“I’ll tell Mackenzie where you are. I assume you’re hiding from him?” The voice asked, “Who wouldn’t.” It muttered

“I dare you to tell him. If you do, it’ll be the last thing you ever do.” I said putting my hands behind my head

“Little girl, you shouldn’t make a threat you can’t keep.” The voice laughed

“Oh, I can keep it.” I said completely serious

“Jake? Have you seen a tall blonde run passed here?” Mackenzie’s voice asked from the other side of the door

I jerked up, into a sitting position as a boy with brown hair came out of the ‘shadows’. He smirked at me.

“No, you haven’t.” I growled covering his mouth with my hand

He nodded and I let go.

“She’s in here Mack!” He yelled covering his face with his arms

I glared intensely at him, “You’re going to regret that.”

“She’s not here at the moment! You can leave a message though.” I said in a voice I though was manly but really wasn’t

“Get out here!” He yelled banging on the door

“What? So you can get me? Do you think I’m stupid?” I asked crossing my arms over my chest

“Yes, I do.” He answered in a serious tone

I scoffed, “I don’t care what you think!”

I turned to the smirking Jake, “Don’t do it.”

“Or what?” He smirked

“I’ll castrate you.” I shrugged as I blinked casually

He rolled his eyes, “Sure.”

“Don’t doubt a blonde.” I suggested as walking back over to the bed and laid down

Jake laughed and plopped next to me on the bed, “I’m good.”

“I’ll tell Mom you that you’re flirting with my wife.” Mackenzie threatened

Jake turned to me, “Wife? He has a girlfriend.”

I shrugged, “And I’m going to get a boyfriend.”

Jake nodded and turned towards the door, “Tell Mom. I don’t care.”

“I’ll tell Dad!” He yelled pounding on the door

“Dad knows I wouldn’t do that.” Jake chuckled putting his hands behind his neck, “Well, I would. He just doesn’t know that.” He added as he smirked at the ceiling

“That’s my cue to leave.” I sighed standing up, “Mack-turd. If you step away from the door I’ll come out. If not, I’ll stay here for the rest of my life. Wait, cross that last part out. I’d die of boredom.” I frowned

“Fine!” Mack-turd yelled, “I’m away from the door!” He added

“I don’t believe you.” I said laying back down on the bed

“Oh my gosh! What do I have to do to show you that I’m not in front of the door?!” He asked banging on the door

“Not bang on it.” Jake rolled his eyes

“Exactly!” I yelled patting his nose

He scrunched his face up and pushed my hand away, “Freak.”

“Yes, I am.” I said puffing my chest out

“Nope.” I said popping the P

Jake smirked, “You’re so gonna get it when you have to leave this room.”

He shook his head and chuckled, “You should just give up, Mack. She’s not coming out!”

“Shut up, Jacob!” Mack-turd snapped, “Unlock the door!” He screeched

“Christina?” Mack-turd asked with a smiled in his voice

“Girlfriend.” He replied closing his eyes

“Ah…” I sighed closing my eyes

“I’ll talk to you later.” I heard Mack-turd voice threaten

“Who’s in there?” Christina asked

A knock sounded on the door, “Can I meet you?”

I smirked at Jake, “You’re my new boyfriend.”

He shrugged, “Anything to mess with my brother.”

I frowned at the brother part but shook it off and stood up, “Well, c’mon.”

He hopped off the bed and followed behind me as I walked to the door. He wrapped his arm around my waist as I pulled the door open.

“Hi, I’m Rayneshia. You may call me Raynie.” I smiled

“She’s so pretty.” She smiled at Jake

“Hey, I’m Christina.” She grinned at me

She smiled and turned to Mack-turd, “I came over here to tell you that the football team said you have a meeting in…oops, 5 minutes.” She smiled sheepishly

They walked down the hall and Mack-turd turned back to glare at us and Jake’s arm around my waist before walking down stairs.

“I like seeing him mad.” Jake stated dropping his arm from my waist

“Me too. It brings me joy.” I laughed waltzing down the hall, “Give me a tour.” I commanded

“Giiiirl?! Who you think you is?!” He asked putting his hand on his hip

I smiled and put my hand on my hip, “Boooy! I think I is Rayneshia Denise Mussino!”

“Mussino? Thank God you’re marrying my brother. At least you’ll have our cool last name.” Jake said strutting down the hallway like a male model

“Shut up! Your brother’s a jerk.” I snapped catching up to him

“When did you figure that out? Before of after he touched your ass?” Jake asked looking ahead

“How’d you know he touched my ass?” I frowned

“It’s what he does.” Jake shrugged

“That’s why I’m not going to marry him.” I stated

“It’s arranged. You can’t get out of it.” Jake said

“If I have a boyfriend that I love.” I said looking around the hallway

“But…I’m your ‘boyfriend’ you’re not gonna love me.” He laughed

“I can always find a new one if you’re not up to it.” I suggested

He shrugged, “Do whatever you gotta do.”

“BUT, for the time being you will act like my boyfriend. Understood?” I asked looking up at him

“Okay, let’s get this tour on the started.” He said clapping his hands

I nodded and let him show me all around the house.


By the end of the tour I was panting.

“H-how many…hallways ARE THERE?!” I screamed out of breath

“A lot.” Jake laughed, not even the SLIGHTEST bit out of breath

“Mack would kill you if he heard you say that.” Jake chuckled, “I like you!” He grinned

“I think I could make this ‘relationship’ work.” He nodded

I rolled my eyes, “Whatever.”

He laughed, “I’m serious! You’re the only one that’s really ever gotten under my brothers skin. I have

to keep you around.”

I laughed, “Well, it is what I do. I think annoying Mack-turd is my new hobby.”

“I’d be more than happy to help you.” Jake laughed as we walked down stairs

I think I could make this ‘relationship’ work too.