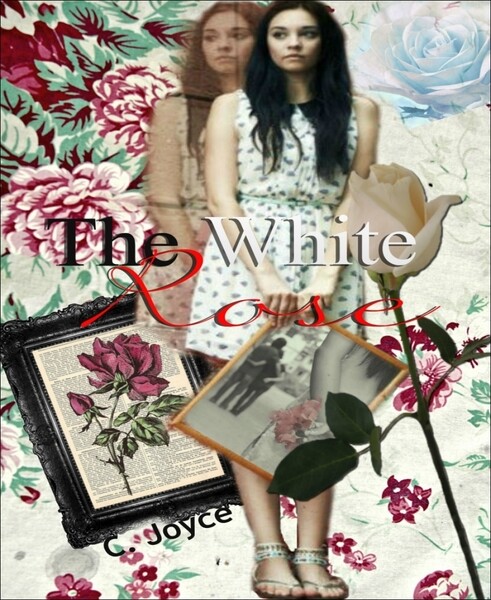 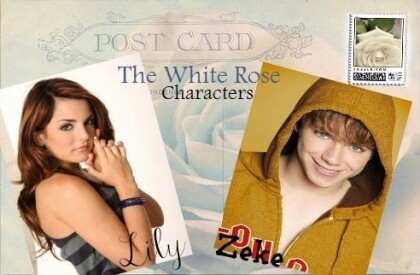 There's a legend called "The White Rose" in a small suburb of Crestpeak Woods. A population of say, maybe, 30,000 people. With only five high schools and four middle schools not to mention all of the preschools around. The White Rose is a myth, right? I mean, really, a rose can't just come up if a guy likes you...Right?

"Legend says this town was formed by a colony of witches, both good and bad, a hundred years ago. Humans hated them so much that they would try to kill these witches either good or bad. Some of the witches hid and runaway to other towns while a few stayed. The ones that stayed tried to blend in with the humans. They also made a few peace gifts to try to stop humans from killing them. One of these gifts was the "White Rose", all love struck human girls would love to get. Unfortunately men of the Crestpeak Woods thought these gifts were curses and continued to slaughter the innocent witches. All of them were hanged to death...except...for three..", I finished reading my paragraph about the myth to my classmates. I hate this so much! I have stage fright, you know!

No one, at all, clapped.

"Thank you, Lily...for er-that- story." Mrs. Fox stutter, I understand why actually. No one likes to hear about The White Rose. Not a single soul.

Well, this is beyond awkward dude! Screw you Cathy, screw you for making me write about that stupid flower! All the boys in the room snickered at me for reading about that dumb ole' flower. Screw them also!

I just calmly walked about to my seat with my hands shaking on the piece of paper. "Really? The White Rose, Lily? What are ya, five?!" Zeke whispered into my hear...

I rolled my eyes but not in-front of him. "Yeah, I'm definitely five Zeke. How did you know?!", my words sarcastically and in a rude tone. But why should I care anyways he started it first!

"Ooohh, someone's on their period.." Ah, nope, mine ended a week ago but why would I say that?

"Aren't you a mind reader! I'm a mind reader also! You know how?", I asked him. Zeke just shook his head a "no". "I'm one because I know that a naughty little kid didn't take his 'Not to be annoying' pills this morning!"

"Naughty?" Zeke repeated my words but with a flirty voice, "I can be m-o-r-e naughty, if you want~"

That's it! I had enough of this jackass, "Fuck you!"

"Ms. Laws! I will not tolerate cursing in my class, get out! Take your little boyfriend also!" What?!

"M-Mrs. F-F-Fox, Zeke's not my boyfriend!", a few of my words slur, "It-it's all because of him!" I pointed to Zeke, who had fake puppy dog eyes. That fricking jerk!

"But I am your boyfriend, Lilly kins~" Oh! He did not just call me Lily kins! I can take any annoying nicknames thrown at me but never "Lily kins"! "You should remember me, you know, from last night-"

"That's it! Get out you two, I will not have already-having-sex and aids infested teens in my room!" Boy, did Mrs. Fox looked so pissed off with her curly blonde hair hiding her face...not to mention her murderous hazel eyes just on Zeke and I. "Are you two deaf?! I said, O-U-T!" Dude, I swear, this teach is already making me deaf!
Zeke casually walked out of the room like nothing happened, that dick. While I just follow behind him, my steps were heavier than Zeke's though. I heard everyone snicker continuously at us.

Mark my words Zeke, I will get revenge on you! No matter what...

"Dude! What the hell wrong with you?!" I tried to asked Zeke but he kept walking away to the school yard. Yeah, our school as a yard, swimming pool and hot tub outside, not to mention a playground! You jelly yet, bro?

He continued on walking, that jerk!

Zeke finally paused his steps and leaned against a giant Oak Tree. "Jeez, someone must love my name so much."

This idiot, wait-no, cocky idiot I meant. "Yeah, cause I really love guys that have a mess up name." Okay, Zeke's not a mess up name at all but oh, never mind. Zeke just smirked at me while putting out a cigar out of his pockets. Then he slip out a lighter, light the cigar into flames, and put it into his mouth. Forget the last part, it sounded so wrong. Yet, what the hell...? "Dude, why are you smoking? Do you know what smoking can do to yo-"

"Yeah, yeah, yeah mom, I'm not mental retarded. I know the "bad" things smoking can do to a human." He death glared me, eck, it's so scary!

A scowl showed up on his face, "Do you actually think I care about what you have to say?!" Well...someone's a bipolar.."Fuck off bitch!"

"Ju-just go, Lily. I don't have time for you..." Zeke said softly while checking his phone. I just sighed and walked back into the school building. Taking a glance of him a tear was slipping from one of Zeke's eyes.

What's wrong with him?

Is he still o.k.? Is he still alive but kept in the hospital? How about mom, is she still a dunk head motherfucker? Wait..that sounded so mentally wrong.

"Zeke!" There goes the ding dong of my my name. Who the fuck is it this time?

Hands wrapped around on my eyes, what the- "Guess who?" Said a chick in a seductive but sexy tone. Great...I hate the guess game, I suck at guessing!

"You wished so you can do it with that plastic doll." True that!

She uncovered her hands from my eyes. With her bright red hair glowing, that was making my eyes burn! I'm not kidding, that motherfucking ginger and her hair! "I'm 100% sure you would like to have sex with Brittney Spears..."

"Fuck yeah I would!"

Blossom had a scowl growing on her lip gloss covered lips. "You're so such a meanie babe~", she became to whine like a three year old. "So mean.." Blossom last said before she started to suck my face off. She's not a bad kisser actually, Blossom can be a professional at kissing. The only problem was, that she'd always taste like cocaine with a mix of whiskey.

I moved my lips with her's also. The make out finally ended with Blossom trying to catch her breathe but I was just fine. "So...", she began, "-want to finish this? You know, somewhere else?"

I nodded. It was way better then go to jail hell a.k.a school. Blossom and I got onto my motorcycle and drove away.

I quietly answered her, "nothing..."