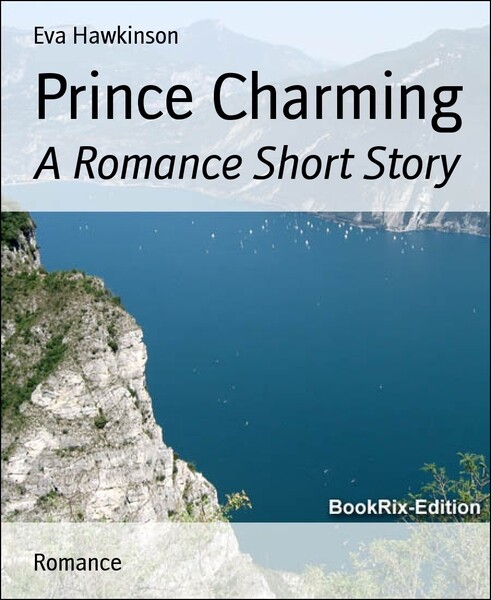 Whenever i went through a break-up or a rejection from a crush, my loyal and amazing friends would always tell me that i would find my prince charming.

Once, i thought i found him. We met through an after school club. And i thought he was he was the love of my fourteen year old life. After all, i was fourteen. But the clock struck twelve, my carriage turned into a pumpkin and all the glitz and glam was gone. It was over. This Prince Charming wasn't exactly 'the one'.

I soon found love again. For the first time ever, i was legitamately in love. I thought he was my soulmate but after a bit, this princess found out Prince Charming isn't all hes cracked up to be. His name shall be Michael. And Michael was just like a sock out of a dryer: clingy. i needed to breathe, he was smothering me as if I were a forest fire. Well i am not a fire, so i broke it off. Another failed relationship down the wishing well.

Ok, fairytale romance take three. A boy, lets call him Will, who i thought could heal little ole Cinderella's pain but a couple of nosy stepsisters, make that four nosy stepsisters to be exact, got in the way. he showed me that fun in the sun meant a bit more. if you know what i'm talking about. Hopefully, those 4 stepsisters have been catapulted to Far Far Away, never to be seen again.

So here i am, finding out that maybe, the boy who happens to be one of my best friends, hmmm shall we call him Bruce, might be my prince...knock on wood. fingers crossed, Fairy Godmother at the ready. We met at school, a couple(make that 7) years ago. We werent too close but enough to hold a conversation. Then he moved and soon slipped from my mind. Outta sight outta mind. Of course he came up in conversations here and there, but the latest and greatest celebrities trump all. i didnt realise that in a couple of months, our lives would be woven together like a nice blanket.

We soon met again, just like Arnold said, he was back. Only new school, new stories. When we first met, i was with Prince Charming numeros dos, and my friend was lucky caller number 19. They dated for a couple of weeks, maybe a month but the clock struck twelve for her and they fell apart faster than Cinderella's dress after a mixup with the step sisters. *

I won't lie, i thought she was so lucky. I was unbelievably jealous. He was cute, amazing, sweet, funny, kind, sensitive and in my eyes, perfect. and i wanted to date him but i was stuck with my prince, oh buddy, oh pal o mine. whenever she talked about him, the butterflies in my stomach would bang around like crazy. so i just smiled and nodded. I contemplated breaking it off with Prince Michael, but that would be cold and it was only september, still summer. Cold was not welcome. not welcome at all. After they broke up, this Princess felt like she had a chance. But something told her she shouldnt bite the poison apple.

Bippity boppity boo, Prince Charming the second was whisked off to Neverland. Outta sight. Outta mind. Prince Charming number three, come on down. I told myself i really liked Prince numero tres. But i finally came to the realization that he was simply a distraction. The one i liked was bruce, simple as that. But then willy told me he loved me and like a mouse and cheese, i fell into his trap. but Prince Charming was as cruel as a stepmother.

Fast forward a couple of months, through the heartbreak, new school year, new surprises. Me and Señor Prince-to-be got closer, we started talking more. Wasn't before long i realized i like him. Alot actually. But plot twist: so did his ex princess.

They started talking again and little cinderella felt like she was pushed to the side. He even told her he liked her too. Dramatic music, woman's gasp, they were obviously getting back together. It was inevitable, they would be living in happily ever after and this princess would be back looking in the classifieds. Prince wanted, must be hopeless romantic. I kept telling myself to keep throwing wishes down that well, he'll call you maybe. But the truth kept telling myself the odds were not in my favour.

Then, boom, bombshell. Plot twist: the odds were in my favour! Princey boy told me he had began liking someone else, and i made it my sole mission to find out who it was. I had so many questions and a handful of theories. i was determined to find out who the lucky girl was.
i developed a bit of a questionnaire. mentally of course.a few obvious questions but ifew questions not so obvious. i assumed he'd tailor them to to describe his ex princess. everyone did. but surprisingly, he didnt. Long story short, i liked bruce, bruce liked me. A few days later, i was his and he was mine. Victory dance, cue Queen's song 'We Are The Champions', and generous clapping. My wish had come true. I was dating the boy i had liked for so long.

You probably know who bruce, michael and will are. Good for you. And you may think that i finally have my fairytale ending. But my beautiful fairytale is just beginning.

*two different stepsisters. not to be confused with those evil ones from prince smarming the third.