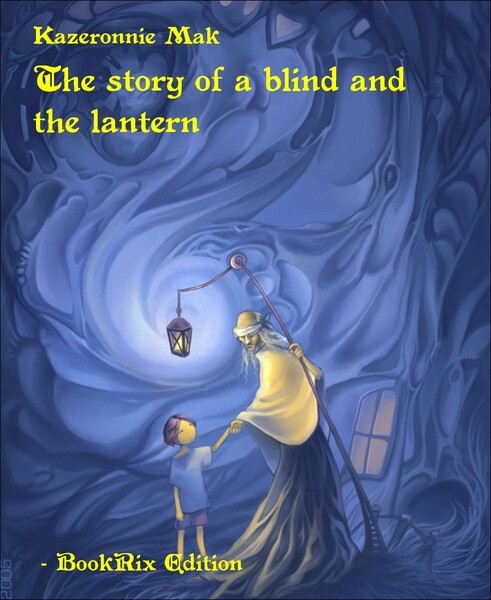 An ascetic came from a long journey to an obscure village in a gloomy night.
There were some villagers continuous walking to and fro on the streets.
When the ascetic walked into an alley,
he saw a dim yellow light approaching quietly from the deep end of the alleyway.
A villager said, ‘The blind is coming!’
THE BLIND! The ascetic wondered.
He asked someone nearby,
‘Is that person carrying a lantern really blind?’
The answer was absolutely yes.
The ascetic was all at sea.
He thought to a blind person who should be no concept about
the white-day and black-day.
He could not see the mountains, the water flows and the variables of
everything in the world.
Certainly, he had no idea of what the light was!
What on earth he carried a lantern for!
When the dim yellow light was shifting closer and
it reflected upon the ascetic’s shoes.
‘Excuse me, Mister, are you really blind?’
the very muddled ascetic asked.
‘Yes, I am. I was sightless since I was born!’ the blind replied.
The ascetic asked again,
‘In that case, why are you carrying the lantern for?’
The blind asked, ‘Is it into the night now?
I heard that the people will be same as me seeing nothing.
If there is no light when the night falls,
therefore I light up a lantern.’
The ascetic seemed to realize, ‘You do it for others!’
‘No, I do it for myself!’ the blind said.
The ascetic surprised, ‘You do it for yourself!’
He said slowly, ‘Have you ever been bumped into during the dark?’
‘Oh, yes! I have already been bumped into by two persons.’
the ascetic answered.
The blind said in a low pitched voice,
‘It never happens to me! Although I am blind,
it will light up the ways for the people when I carry the lantern.
Also, it will let the people seeing me too.
Just like this, they will never run into me by not seeing.’
After listened to the blind saying, the ascetic comprehended.
He faced upward to the sky with a deep sighed,
‘I am spending my whole life seeking for Buddha.
Buddha just stands in front of me unexpectedly!
The Buddha nature is like a lantern, only when I light HIM up,
Buddha can see me anywhere. Even though, I don’t see HIM.

The story was simply like that,
it ignited to the bottom of our hearts with a flash of time.


IN LIFE :
Please treasure everything we have with passion,
we will feel the warm and joyful in returns.

IN WORK :
If we want to be respected,
first of all we had to respect the discipline of our own moral.
We take the responsible to ourselves, the same are to others.

IN LOVE :
We nurture and conserve the fragile flower buds.
It will emit its fragrant everlasting.
It is all because of love.

IN MARRIAGE :
We had to understand the rotation of the four seasons,
the elements of wind and rain, the intense heat and the bitter cold.
We can cook the delicious cuisine with the flavors of sweet, sour, bitter and spice.
As well as the perfect marriage,
we had to appreciate the art of the eternity of true love!
Happiness is a perfume you cannot pour on others without
getting a few drops on yourself.
We had to comprehend the simple words of ( give ) and ( gain ).
Do it for us, do it for everyone.

Let light up the lantern for life!
We can find the peaceful and splendid in the shady of life, then!