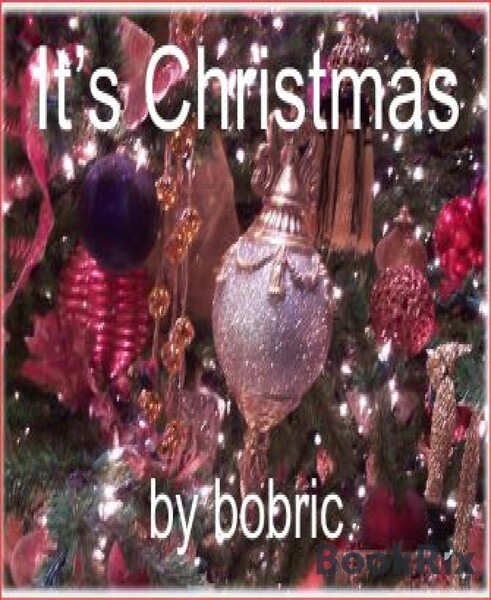 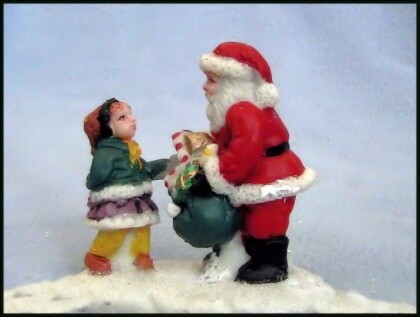 "What a haul!" Jack couldn't contain himself. Sandy rubbed his hands with glee. "We never had it so good. Makes me feel like Robin Hood, stealing from the rich to give to poor me."

"Well, yeah. I know that. How long we have to hold this stuff before fencing it, ya think?"

"it's not like fencing the usual stuff, my friend. We don't even know what's in some of those Christmas packages. All we know is it's fancy stuff in fancy homes where rich people live."

"They can afford it. I'd like to come back sometime to those homes and do them up right." Sandy laughed. You're sure good with those security alarms, Jack. No-one better."

"They all went to the same security company, I think. Whole neighborhood was wired the same. Probably at the same party when we hit, too. We got lucky all right."

Our van hit a pothole and we heard everything bounce in the back of the van. "Thought they got better service than that." Sandy sighed. "City is going down the drain, my friend. Even the rich don't get what they pay their taxes for. Hey! Where you going? "

"Those flashing lights aren't from someone's Christmas decorations, Sandy. Just act normal." The sirens kicked in then and Jack slowed to the side of the street, crossing his fingers, wondering if the game was finally up. He was a two time loser. One more time in the slammer and he'd be in for life. He heard Sandy jack a round into his pistol and slide it out of sight by his side.

"I ain't going back inside. I ain't queer and don't want to be."

"Shh, here they come. Let me do the talking."

"Right. I'll do the shooting."

The officer knocked on the driver side window and Jack rolled it down. "Problem officer?"

"Your back door is ajar. I was afraid it would come open and cause a hazard. You delivering around here? Your license plate says you're a delivery van." He looked suspiciously at the two savage looking dudes inside.

"Yeah. Yeah... just picked up a load to take down to the shelter. Christmas gifts from the nice people around here."

"That right?" The cop lifted the rim of his hat. "Can I see your license, sir?"

Jack nodded, not daring to look at Sandy. Knowing his partner had an itchy trigger finger. "Sure, sure. No problem." He fumbled for his wallet and pulled out the chosen fake ID for the day.

"Look Officer, It's Christmas already and we're already late. Those kids are waiting, if you know what I mean. Don't look a gift horse in the mouth, right? We need to deliver this stuff or we're going to have a lot of unhappy people on our hands."

The Officer looked briefly at the ID and nodded. "Ok, pal. You got yourself friends in the right places. This is a first. This neighborhood doesn't give Christmas, it just pulls in the latest on investment earnings. I didn't even know they celebrated the true spirit of Christmas. I'd like to help out. I'll escort you down to the shelter. Which one?"

Sandy's eyes pierced Jacks like poisoned darts. "That's ok Officer. We've got a few more places to stop by before we leave.”

The cop smiled a cheerful nod. "It's slow today. I'll follow you."

That's the way it went for three more houses. Jack and Sandy slipping in the front door as nicely as you please, deactivating the alarm system without the cop at the curb noticing anything unusual. Even joining in the parade to carry the gift wrapped packages the two thieves left on the front porch, out to the van.

"My nerves aren't going to handle another house, Jack. Let's get the heck outa’ here. Do something with that Yuletide spirited Copper and let's scram."

Jack walked over to the police car, humming “White Christmas”. “Thanks, officer. We can handle it from here. We got donated more than we thought. We get to deliver half the stuff to another homeless shelter.

“I got you, pal. Look I called in what you are doing and no-one’s heard a thing about it. This is great how these rich guys keep things under their hat. You’d think they’d want some recognition and press like they usually do. The precinct said for me to give you our total support. However you did this is ok with us. I got several more cars on their way to make sure you deliver this load safe where it’s going.”

Jack walked back on trembling legs. He lit up a smoke, burning one of his fingers before he was able to suck in a deep breath from the cigarette dangling dangerously from his lips.

“What? What?” Sandy was tense. “What’d you work out?”” He was fumbling with his gun again.

“Put that way. The good news is we might get away with this. The bad news is we aren’t getting away with the goods. There might be an angle in it somewhere  though. We aren’t stopped yet.”

Sandy slid the gun out of sight for a second time. “What exactly do you mean, Jack?”

“Don’t be scared of the zillion cop cars descending on us as I speak. They’re here to escort us to our afore said chosen destinations. I told them we had enough donations to give to two shelters so they’re leading the way to make it easy for us. I wouldn’t be surprised to see the mayor himself at the door when we arrive along with the press. We been had, fella and all we can do is go along with the caper.”

Sandy groaned. “What we going to get out this deal. You said we still might get something worth keeping?”

They were surrounded by police officers, sirens and flashing lights as the cavalcade made its way slowly through downtown streets past several news stations on purpose if you asked Jack. In the rear view mirror he soon saw a parade of white news vans following in their wake.

Sure enough, City and even state officials were at hand in front of the shelter doors to welcome officers and gifts. Hands were shook between bewildered shelter workers and guardians of the city