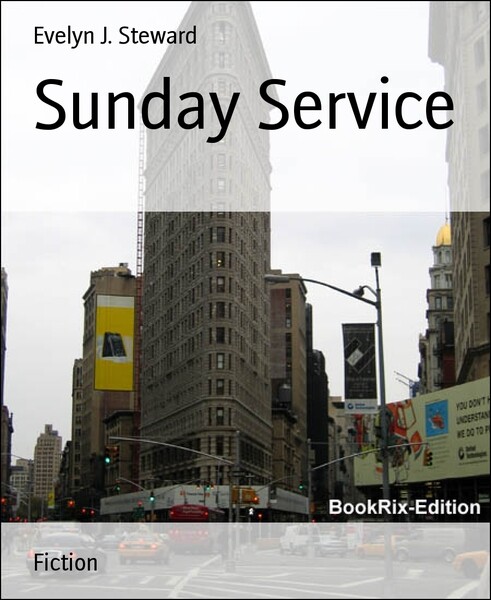 When Delaz was born he had a defect that almost took his life. His mother Marabel, went to church to pray for him. Her wish was granted. She named him after Lazarus who rose from the dead. But because of her Caribbean heritage, she changed it slightly and called him Delaz.
Delaz grew up to be a strong winsome young man and she was very proud of him. Some day, she thought, he will make a fine boy for a nice girl.
He had a strong will but to off set that, he was accident prone which was a problem because he liked sports, football best of all. Still, he was a good boy. He had more flair than his younger brother Lucas and was prettier than his young sister Charlene (Marabel sent up a prayer to give Charlene the strength to overcome her less than beautiful looks - she loved her daughter just as much - time and makeup would tell).
Delaz rose through the school ranks like a phoenix, leaving everyone else behind. What his career would eventually be, she had no idea but whatever he chose, she knew he would be good at it.

Delaz picked up his football gear and closed the door. The steps were greasy with a light layer of frost. He slipped and tumbled down to the pavement. Unhurt, he quickly gathered himself and gear and started to walk down the road. He saw someone very familiar coming down the street towards him.
Jenine was sashaying along the path, her skirt just below her bum. Mind you, she was wearing black leggings so it didn’t matter. You couldn‘t see anything worth a jot thought Delaz. She looks smart though, and always in the latest girls’ fashion. Delaz had taken a fancy for her some time back.
Delaz wondered where she got the money from. He knew she had a little job somewhere. He would have to find out where though. He knew more about her than she thought he did. Jenine often teased him at school. Said she wanted to be a model or a film star. Her latest idea for employment was to be a singer. Her brother had a band and she could wangle anything.
“Hi Jen,” Delaz said as she passed him, her frizzy blond-streaked hair bouncing around like one of those curly wigs they wear in red, white and blue, or green or yellow for the big games.
Jenine looked him up and down in his grimy football gear. “Going to the park?” she asked.
He nodded. “Wanna come?“ he asked.
“Nah! Going to church.” Then she delivered the blow, aimed at him for sure. “Gonna see Eric. I like Eric. See ya.” Her heels clicked along the pavement and she was gone.
Damn, he said to himself. Thought I was in there! But there was time. She changed her boyfriends as often as she changed her knickers, which Delaz thought was pretty often.
It was not far to the park and he met up with his goalkeeper Chas and Monty, the fullback who was huge but a friend of his.
“We saw you chatting up Jenine,” said Chas. “Bit of a goer, she is. You must be in there mate.”
“Nah! She’s seeing this Eric bloke. At church, would you believe.”
“Oh yes,” Monty replied, “her folks are regular church folk. The old ways there. All the family go on Sunday. Pity ‘cos Denison is a good kicker. You won’t see him at football on a Sunday.”
“Yeah!” said Delaz, “I’d heard he had form. Let’s get going or we’ll be late.”

The sun came out part way through the first half which warmed the team up a bit. Not everyone was running up and down the field. Chris sent the odd ball down to the wingers and they were running rings around the other team. After half time, Delaz had an accident. Got in the way of the other team’s goal kick and caught one in the goolies. He sank to the ground with an Oof! Trainer came running on, having seen where the ball landed, and Delaz had to endure ice cold water around his privates. The game was stopped for several minutes before he could even stand. So he had to stay on the sidelines for a bit until he could walk without wincing.
It was a good game. Delaz’ team won by three goals to one. Block, their trainer, was very happy at the result. Wish I could get a result with Jen, thought Delaz. This was a good field for it had a changing room. Someone had brought a couple of flasks of tea and the hot drink revitalised everybody.
Delaz was sauntering homewards and was nearly at his door when he spied Jenine coming his way. She looked a bit dejected.
“Hi Laz,” she said (she always shortened his name).
“How was church?” he asked.
“Alright. Minister was boring today. The sermon was ‘Covet not thy neighbour’s something or other.” She twitched her skirt as she moved her foot this way and that. “Whatchya doin’ this afternoon?”
Delaz could not believe his ears. “What, Eric a no show?”
“Sort of,” she replied, her expression sullen.
“How can he be there sort of?” asked Delaz.
“He had that Helen Delaney with him. Looked pretty cosy too.”
“Oh!,” was all Delaz could say. In his mind he was grinning from ear to ear.
Jenine changed her expression to one of smiling happiness. “Did you win?”
“Yeah! Good game. Look, I’ll have to change and have a bath then I’ll meet you at Nick’s café. We can decide what to do then, O.K.?”
Jenine sidled up to Delaz, giving him one of her sweet kisses on his cheek. “How about three o’ clock?”
“Great! See you at three then.”
Delaz raced up the steps, almost tripping over his gear again in his hurry. He got washed, changed and had something to eat, then, as it was two forty five pm, he raced out of the door and down to Nick’s café.
Jen had changed too. She wore a swagger jacket over a green patterned T-shirt and navy jeans. Her shoes were chunky red knockoffs.
They both had diet cokes and talked for a long time. About nothing special but Delaz was happy. He didn’t care what they talked about. He was with her.
“They have a dance over at the church club. You wanna go?”
“Well, it would be a warm place to go,” he answered, thinking that would be great. A chance to hold her in my arms, legally. A church is somewhere where nothing could go wrong and everything could go right, if he made sure not to be too eager.

There were lots of young people at the Church Social that afternoon. Older people as well so they were well chaperoned, just in case anyone said anything bad later on. Some of the music was old-fashioned but some was really modern stuff. The modern music was very hip hop so no holding Jen there. But the older stuff he could have his arm around her and no one said anything, least of all Jenine.
She was a good dancer in all the ways. Jive, Waltz, Quickstep. She must go to classes like me he thought. Wonder where. She isn’t in my group. They finished off the afternoon with tea and cakes, scones and sandwiches provided by church members.
Delaz walked her home and they talked some more.
“You dance good,” he said.
“Thanks. I go to The Rialto Dance club.”
“I go to Danny’s Dancers on Moon Street.”
“Mine’s over the other side of town. I like it there. Had no idea you danced too.”
“Can’t let you have all my secrets at once,” Delaz stated, happy to be walking Jen home. They got to her door and said goodbye, arranging another twosome later on in the week.
This all had to be slotted in between finals so things would be a bit cool for a while but when exams were over, he was going for the jugular.
A few days later he went around the corner to the next street where a friend of his lived. He knocked on the door. She answered. “Thanks Ena. I owe you one.”
“My pleasure Laz. Wasn’t hard. That Helen was begging for a chance at him. He’s for anything in short skirts. And no, you owe me ten. Pounds that is.” She laughed as he ran down the street to Nick’s café where he was again meeting up with Jenine.
“Next week for sure,” he yelled back at her laughing face.