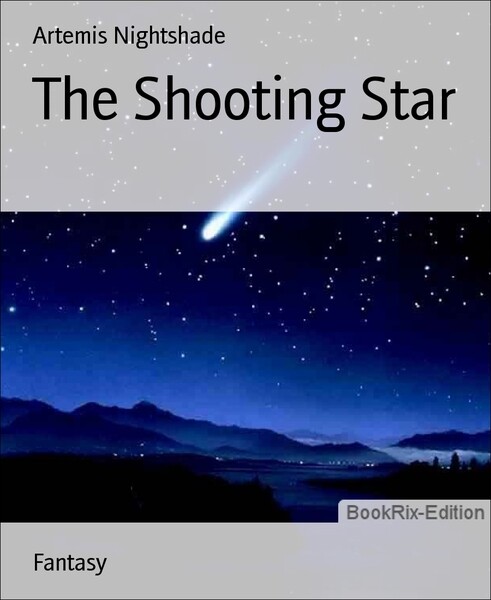 What is he going to tell me?!

Fifteen year old Emaly couldn’t wait for April 21st because that's her sixteenth birthday! Time for a new car! "Hey Em! Happy almost sixteenth b-day!" Jennifer exclaims running towards her to give her a hug.

"Thanks!" Emaly says embracing her. "So, I wonder what Damien has to say." Jennifer asks. Damien told his girlfriend, Emaly that he had something to tell her when she reached sixteen. He was troubled when he said that.

“I don’t know. But I don’t think it’s going to be a nice surprise.” Emaly replies uncertain.

“Hey! Watch where you’re going! Darn it!” Alice says as Dylan, one of the school’s bullies, “accidentally” bumped her.

“I don’t give a crap to boys like that! But Damien and Kyle are the best!” Jennifer sighs at the word “Kyle.”

“You love him don’t ya?” Emaly accuses.

“WH-What! No!” Jennifer stammers, “Oh look there’s Damien!” She points to a tall blond haired boy. Smiling he strolls down the hallway and greets his girlfriend with a kiss on her cheek.

“Well, only three more days until your birthday.” He says. “When are you going to tell me?” Emaly asks as they walked towards French class.

“Later, on your sixteenth birthday remember.” Damien says and she nods.

“When will he tell her!” a male’s voice asks. “Patience! He will tell. Then we will have our son back.” A female’s voice replies.

“I can’t believe it! Leo and Veronica were making out! Everything! I’m surprised.” Jennifer says. “Were you spying on them?” Kyle accuses her opening the front door of his car to let her in.

“No! I just happen to be going to my locker when I heard moaning.” Jennifer says. Right everyone replies.

“So Damien you busy today?” Emaly asks hopefully, “Um… Yes, my brother is finally coming home from… out of town.” He sighs in relief. Disappointed Emaly opens the back door and sits while Damien did the same.

They stopped at Jennifer’s house first because it was the closets. Next they head to Liam’s house, his was farther. Last Kyle drove Emaly home then himself.

“Mom. Dad. I’m home!” Damien shouts out. “Son, did you tell her?” his father asks. “No sir. I haven’t, I told her I will be telling her on her sixteenth birthday.” He told his parents.

“Soon my boy you will be home up in the skies.” His mother said calmly and Damien looks at them smiling. As he opens his bedroom door he stops and thinks, 'Maybe I should tell her tomorrow.

No, I promised myself and my parents I will tell her on her sixteenth birthday. Wait.' Then he went inside.

"Hey! Is anyone home?" Emaly shouts out. "Nope! Only me! Your favorite little sister!" Cydney jumps on her sister, embracing her.

"Where are mom and dad?" Emaly asks and her sister replies, "Errands. Want to listen to Michael Jackson while we wait?" She asks hopefully. "No thanks. I'm not a huge M.J. fan." She answers.

"I am!" Cydney pouts as she got off of her. As Emaly goes into the kitchen she says to herself, 'Will Damien ever tell me?'

The Truth will come... Later

Emaly woke up at an unusual time. Five: forty-five. She never wakes up that early but something on her mind told her too.

It was Friday and on Monday her sixteenth birthday is there. Still half asleep she goes into her bathroom and brushes her teeth then grabbed some clothes.

On her way down stairs her older brother comes by, "Man sis! You look like a zombie! What time did you woke up!"

'I forgot to put on make up!' She thought to her self as she went back to put it on. She went into the kitchen where her sister was eating cereal, her brother was grabbing some OJ, her father was reading the news, and her mother was making eggs and bacon.

"Morning dear. Would you like some eggs and bacon?" Her mother asks.

"Sure." Emaly replies sitting down, waiting. "Well just three more days until your sixteenth birthday." her father says looking up from the news.

"Yeah. What do you want?" Cydney asks. Emaly replies, "My boyfriend to tell me what he wants to say but can't!" Everyone looked at her as if they saw a ghost.

"Hey! Hey!" Jennifer exclaims as she saw her friend walking towards her. "Hey! Kyle going to drive us?" She asks knowing it will make her blush.

"Y-Yes. But I don't want to sit next to him. Last time I was all twitchy. I do not want that to happen again! Can I sit next to you or Damien?" She asks.

"Me, but Dam. Not on my watch!" Em says as Kyle came with Damien in his car. Both Jen and Em got in the car and Ky drove them to school.

"Silence!" He shouts, and then softly he says, "Come in Luke and Sophie." As he said it everyone turned their heads to the right and two blond-haired-fifteen year olds came in holding hands. Everyone guessed that the boy was older and the girl was younger. Their mistake.

"I'm Sophie. That's my younger twin brother, Luke." She says as if she knew what they were thinking. "Twins!" A male student exclaims. As the new students took thier seats they began History with a pop quiz! Kidding.

"Well screw this! I'm not eating in the cafeteria or buying thier food!" Jen shouts out hopefully people could hear her in all of the commotion.

Em looks around for her boyfriend and sees that he was sitting with Sophie and Luke.

"So I haven't told her.” Dam says. "You know we are waiting for your return. Everyone is. Your siblings are afraid you’re becoming more... human. Mortal." Sophie says softly.

Then as the girls and Kyle came the three quickly changed the subject. "So you guys really moved here from Scotland?" Damien asks.

"Yep." Luke replies drinking water. "Hello guys!" Jennifer says sitting down then Kyle went to sit next to her which made her turn red. "Damien, are you going to tell me now?" Emaly asks but he remained silent.

On her way home from school she always stops by to get a chocolate shake for Cydney. "Did you get it!" She asks. Emaly nods and hands her the shake then went inside her room to do homework. Then---Face book.

Mom, Dad! I just met my real parents. Libra and Aries. They said everyone wants me to go home." Damien says "Do you?" his fake father asks concern.

"Yes, but I also want to stay here! I have a girlfriend, friends, and you guys! Gosh! I hate this!" Damien shouts out. He wants to be here on earth but he also wants to go home.

'Saturday.' Emaly woke up slightly, 'Usually I like Saturdays. I don't have to go through those Bs. This must be a bad omen!' Emaly got up and did not get dress, big mistake!

"Morning dear. Damien is here." Her mother said causing her daughter's eyes to widen. "Ok. Tell him to wait a minute!" Emaly shouts out hurrying to get dress.

After she got dressed she walked into the living room where Damien was talking to her father, "So Mr. Howards you can do that?" Damien asks. "Yes sir I can." Mr. Howards says triumphantly.

"Can do what?" Em asks. "Well I found out your father is a vet so I thought he can cure Sagittarius, our dog" He replies.

'Sagittarius. What an odd name for a dog. Name it after a constellation. He or his parents must like astronomy.' Em thinks.

“I know what you’re thinking. Sagittarius is the name of a constellation meaning, The Archer, right?” He asks. Dumbfounded all she could do was nod.

'If they were real.' Damien whispers to himself so no one can hear. They got to the park and laid down thier picnic stuff.

"Did you know that our birthdays also have birth stones and zodiac signs?" He asks. "I knew about the gems but zodiacs?" Emaly said.

"Well what's your birthday?" He asked. Emaly stops to think.

"September nineteenth." Em finally says. "Ok. Then your sign is...Virgo. Virgin." He answers to her with full meaning and delight.

'Since when he was interested in Astronomy? We haven’t been talking about since... well ever!' Em thought as she listens to her boyfriend goes on and on and zodiacs, constellations, stars, etc. after thier talk and picnic, Damien walked her home.

"Leo!" a boy shouted out. "W-What!? Capricorn? What are you doing here?" Damien shouted. "Ah a brother can't visit his brother from the sky to earth?" Capricorn asks. "Hello little brother." a girl greets. "Aquarius." Damien greets. "Son, we invited them here to help you. You're losing your powers the more you spend your time here. We all need to go home!" Aries states.

'How can I? I want to but I don't want to leave Emaly.' Damien says to himself.

"I know you like it here and Emaly but sooner or later you'll become mortal and we won't be able to see you again. Ever." Libra explains placing her hand on her son's shoulder.

"I know. Monday is her birthday. I'll tell her then... We go home." He says quietly, tears running down.

"The picnic was great but Astronomy? It's like I was at school!" Emaly says her ear to her cell phone.

"WTH! What the Heck! My boyfriend would never educate me on a weekend!" Jennifer calls back. "I know but when he talked about it, it he seems happy, like a child who has found his lost puppy." Em explains.

"Wow! Is he home sick? Does he want to go up to the stars?" Jennifer teased and they both laughed. "Yeah. Maybe he's part of a constellation! I wonder what it is?!" Em joked then hangs up.

"It's dinner time!" Mrs. Howards shouts out as everyone rushed to the dining room. Emaly helped her mother set the food on the table as everyone took thier seats.

"This looks delicious. Well done dear." Their father commented his wife. "Thanks." She replies. As they ate their dinner.

"Monday maybe too late. No, you must tell her either tonight when her family is asleep or tomorrow morning. No later." Aries states.

"But I made a promise to her. You know we well enough to know that when I make a promise. I keep it. I promise her to tell her the truth on her birthday. I promise you guys that when I tell her... I'll go home into the sky." Damien promises to his parents and siblings.