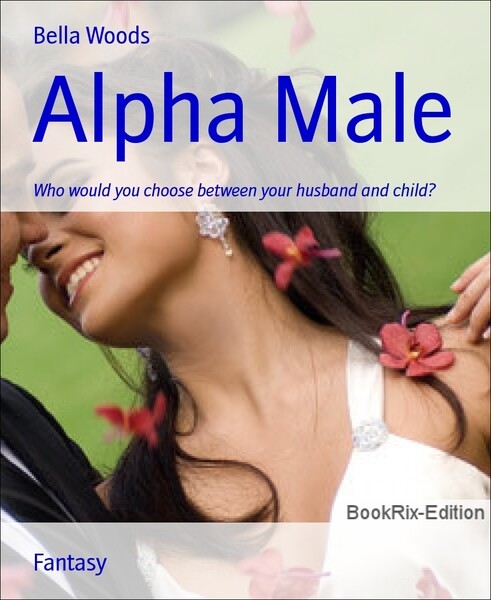 
The night was crisp and breezy as I stepped out of my cabin. The crowd was suddenly silent as they laid their eyes on my figure. No giant dress, no elaborate church, only a simple silver gown that shimmered on my tanned skin, and the sweet outdoors. Our marriage was a very big deal, so it would be held in our tiny little square with every tribe member present.

Everyone's eyes were on me, my black hair falling loosely over my shoulders and almost touching my elbows. But my eyes were on him. His slim, muscular body tucked into a tuxedo, his black hair reflecting moonlight. His eyes shone brightly, the blue irises sparkling.

He was handsome, yes, but not my type.He was too proud and I preferred humble men. I didn't know what made me not love him, just something in his personality that turned me off. My mother and sisters thought me lucky, to be marrying the alpha-male of our tribe, but I felt used, set-up, like just another pretty face. He didn't love me,I was sure of it, and he only wanted me because of publicity, because I was a smart, pretty girl from the tribe he ruled over.

Also because our children would be gorgeous.

The Chief of our tribe stood at the head of the square, looking down at the grass. The alpha-male,Chase, was staring at me, taking me in, an arrogant smile upon his face. Finally, I stopped in front of the Chief, and he began reciting the vows. Chase took my hands in his, and heat rose to my cheeks as I felt 50 pairs of eyes on both of us. "Do you, Chase Witman,Alpha-Male of our tribe,choose Marina
Fellows to be your wedded wife, now and forever?" Chase did not show a flicker of hesitation as he said, "I do." I slipped his ring on his finger and tried to smile encouragingly at the Chief. I don't think I managed.

"And do you, Marina Fellow, take our Alpha-Male Chase to be your wedded husband, now and forever, and take Witman as your surname?" There was a pause as I gathered my courage and took a deep breath. Goodbye Marina Fellow. Hello Marina Witman. "I do." And he slipped my ring onto my outstretched finger.

Now, watching with the rest of the tribe as Chase slid the ring onto Marina's finger, I couldn't help but gasp at how easily Chase had just taken all of our dreams of growing up and starting a family together away and storing it inside his golden, diamond-encrusted wedding ring.

Surprising everyone, Marina started to cry, something I'd wanted to do since the beginning. The tears fell onto her silver,glittery wedding dress and onto her rose bouquet. Chase drew her towards him in an embrace, wiping her tears and saying,"Shhh, dont cry my beautiful Marina." I wanted to punch him in the mouth. The crowd mistaked her tears for happy ones, and quiet chatter erupted.

I pushed through the crowd, tears streaming down my face, and ran to my cabin. Once inside my bedroom, I kicked the wall, over and over and over. My toes now ached after the stupid thing I'd just done, and it made me cry even more. There would be no more nights in the garden, smelling the gardenias and chatting away our deepest secrets.No more walks through the forest, watching the sun come up. It was time to say goodbye to my Marina.