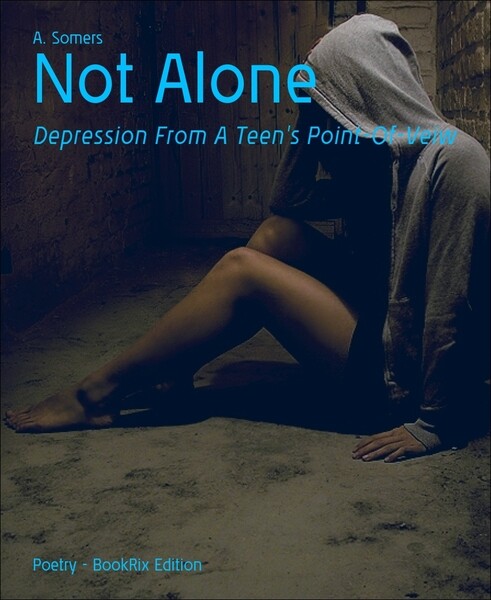 Note To The Readers

1. Severe despondency and dejection, accompanied by feelings of hopelessness and
inadequacy.
2. A condition of mental disturbance, typically with lack of energy and difficulty in maintaining concentration or interest in life.


***This book contains graphic details & disturbing content that may not be appropriate for all readers. Discretion is advised.***

Teen depression can affect a teen regardless of gender, social background, income level, race, or school or other achievements, though teenage girls report suffering from depression more often than teenage boys. Teenage boys are less likely to seek help or recognize that they suffer from depression, probably due to different social expectations for boys and girls – girls are encouraged to express their feelings while boys are not. Teenage girls’ somewhat stronger dependence on social ties, however, can increase the chances of teen depression being triggered by social factors, such as loss of friends.

At the age of thirteen, I faced a horrible challenge that most girls don't have to go through. I was solicited by a substitute art teacher during my eighth grade year. He told me that he loved me and pretended to have feelings for me so that I would have sex with him, with the knowledge that I had honest feelings for him. My father found out that he was twenty-one years old and called the police. He was sent to prison, but not before the entire town found out that I was the one that was "sending him to prison." When school resumed again in the fall, I faced the stares of people as I walked down the hallways. They called me things like 'slut', 'whore', 'bitch', 'tramp', 'liar', and many more. Everyday, I cried as I got up in the morning to get ready for school, and when I returned from school. Once I'd had enough, I would cut my wrists, and sometimes attempt suicide. I couldn't understand why they all hated me so much. I hadn't done anything wrong, and had done nothing to them. I didn't know half of the people that approached me, and the other half were past friends that had turned against me. I lost sleep at night, I didn't want to eat, I didn't even want to live. I've been there, too. I felt as if my whole life had turned upside down and no one was there to catch me as I fell anymore. I had no hope.

My father found a therapist for me to see at the Life Crisis Center, and she began to give me some of my light back. I learned that there is other things that I could have done to deal with stresses, and I wasn't alone either. She helped me realize all of the people that cared about me and that I shouldn't have to deal with the people at school, because I had not done anything wrong. I've made it this far in life, and am alive today, because there is help out there and people do care!!

When I paint my fingernails -black-
And when my eyes are constantly sad,
It's a sign that I hope you'll see.

When smiles aren't real
And when nothing's the same,
It's a silent scream that something changed.

When song lyrics bring steady streaming tears
and when thoughts are interrupted with painful memories,
It's a secret written plain for you to notice.

But when that sign isn't seen,
When the scream isn't heard,
And when the secret isn't read,
There won't be any more doubts.
No one would ever have known to tell her.

Then someone will finally see.

When they find her cold
And the scar runs too deep,
They'll know what they should have seen.

When they cry out at night
And when they ask God why,
They'll know that they should have heard.

When she's lowered into the ground
And the stone reads her name,
They'll wish they would have seen it all along.

She isn't here because no one saw the scars on her wrists,
No one listened to her cries in the bathroom during lunch,
And no one realized...

She needed you to.

She ignored the whispers,
And they grew louder.
She fought the tears,
And they overcame her.
She avoided the stares and slurs,
And they surrounded her.

Alone in her room,
Late one night,
Tears streamed from her eyes.
Her hands shook,
But her mind was sure.
The blade slashed at her wrist,
Over and over.
Blood poured from her veins,
and her hear was too tired.
She fell cold on the bathroom floor.

It started with a whisper...
and ended in desperate silence.

Pretty girl,
Forever smiling,
Lots of friends,
Never alone.
No one could have guessed.

Perfect body,
Always shining,
Beautiful face,
Never a hair out of place.
But, never would she tell.

Deep inside, she kept a secret
That haunted her late at night.
Not to be expected,
And devastating to all.
She was hurting.

Never feeling good enough,
So unhappy.
Tears that no one saw,
Screams that no one heard.
Tragically ending a beautiful life.
Because no one knew.

And The Tears Fell Down...

Her mind processed the words,
As her heart dropped in her chest,
And the tears fell down...

Her hands shook,
But her thoughts all came together,
Ready for the end,
And the tears fell down...

She took a deep breath,
While lowering the blade to her wrist,
And the tears fell down...

But before the skin could break,
The screen lit up,
Flashing a message from someone who did care,
And the tears fell down...

She dropped the blade,
And picked up her phone,
As the message read "i luv u,"
And the tears fell down...

If you are a depressed teen yourself, I hope this has had a positive effect on you, and has helped you see that there is a light!! Suicide is NOT the answer, neither is self-mutilation. It will be okay, just reach out for help!

The Life Crisis Center has a 24/7 hotline for confidential conversation any time you need it. The number can be found on their website, or any search engine.