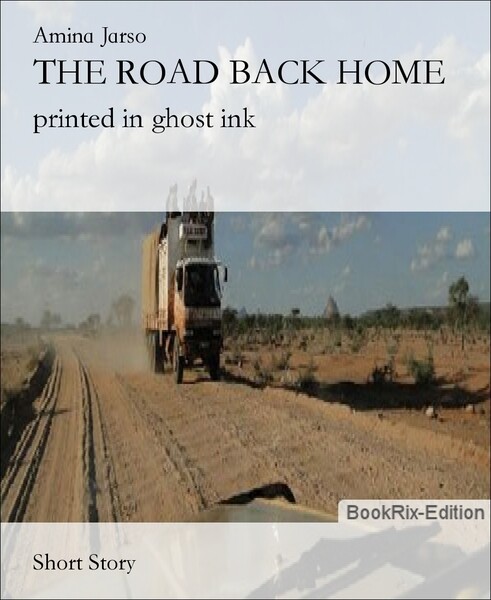 My ancestors are spirits - so is my cousin but unlike them he did not leave a legacy or a growing generation. He knew not of arched bones, anguished joints, and memory loss or declining eyesight I think that is why he was able to write me this email and without a network server to link us, deliver it himself.
His black, frizzy hair shone under the silvery moonlight and the scar on his right cheek stretched as he smiled exposing the set of strong white teeth, a common family feature. It had been over seven years but he had not changed a bit, not even a strand of eyelash had straightened out of his all-time curly bunch. The sparkle of innocence peeped from the depth of his brown eyes, glowing more than ever making his serious face ‘touch and go’ attitude look like a disastrous attempt at role play.
“SubhanALLAH! Dika you are back finally…they told me you went…you have no idea…”
Silence.
“You have no idea how much…”
Despite my ostensible anxiety to fill him in on Guyo’s wedding, Dhabo’s baby, and my own life’s detours, he seemed so indifferent, so very distant. He looked at my face as if tracing out the shadow my head made on the wall behind me. I was fooled by how real he appeared truth was, he was not my beloved cousin anymore; he had changed
In the few minutes I stood in his presence, my mind was fogged with questions and with each stumbling over the other, I was rendered dumb. Apathetic to my emotional confusion, he shoved a bunch of crumbled papers into my still hands stretched out to him and vanished.
“No...Wait…”
Finally my tongue could move and my voice was alive but all too late. He was gone again. Hot tears swelled up in my eyes as the final desperate groping into space for my dear cousin proved to be a total fiasco. He really had left again without answering my questions leaving all my hope at the mercy of some awkwardly folded papers.
“This is my story.”Were the four words that popped up adjacent to the subject. This rejuvenated my faith in the possibility that the blurry skeleton report of Dika’s death that tormented my childhood would soon be a clear truth.I felt around for my sandals, gathered them into a heap and sat down to read Dika’s letter.

“Sialo’s dusty summer and its arid temperatures are intolerable, coupled with solitude it is nothing short of excruciating. I yearned to
hang out with my buddies but my parents brushed off my constant mumbling about being of age to make independent decisions as sheer rebellion and consequently grounded me. This was to evade what they termed as imminent danger of being entangled into a portentous web of peer pressure and being swept away by the wave of 21st century hype. I was given two options, either to stay home and preview for my degree in International Business management or travel across my ancestral home stretching northwards to patch onto the fabric of my origin. Naturally as a fresh out of high school teenager I preferred anything to premature thrust back into syllabus based education and I figured if I can’t be with my pals, I would rather have an adventurous story to tell at the next get-together.
For two days, I went around visiting each and every of my kinfolk residing in Sialo. Africa is known for its hospitality and warmth towards guests and for one who had more or less been assimilated into another form of culture where nice spelt out a negative attribute, I was taken aback. Even those I had never met before treated me as if they had known me all their lives each claiming to have changed my diapers and expressing shock at how fast I had grown into a young man. No prizes for guessing just how many times I wondered why my own parents did not awe at my old age. In our family which as I was told stemmed from my great grandfather mostly, it is very important to be able to remember each person’s visage, his title of respect and in so doing be in a position to comfortably hold a “how is x?”“how is y?” and “whose cattle are yours flocking with” kind of conversation. Saying I was hopeless at my mother tongue is an understatement not because I flunked a certain borana grammar class but because I just never had to speak it beyond one word vocabulary thrust into a fluent ‘sheng’ sentence mostly for humor purposes.
I had a very difficult time communicating with these nice people that all wanted to know where my dad was and whether they could come and see him. I must be good at very few things since even my secretarial skills were really wanting having set up an appointment with dad for every household that asked for it regardless of whether the times clashed. I barely understood their requests anyway but dad’s their chief, their “guy in power” so I just joined up dots on assumption.

I woke up sobbing.

Widmung:
My dad Jarso Guyo Mokku My mum Halima salesa for raising me to believe in my abilities, my friends Fatoumata and Ian and family Abdullahi,Halkano,Guyo and Hadija for editing and giving me feedback and Bookrix for publishing.