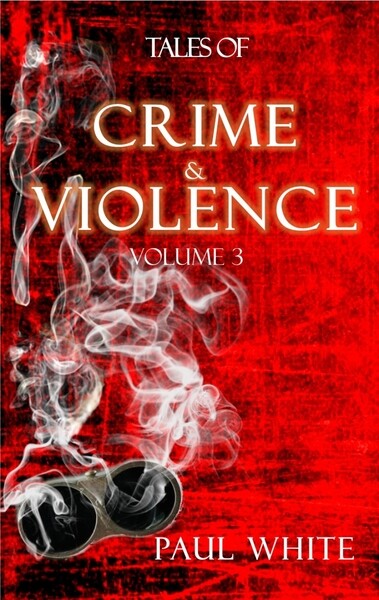 All rights reserved. This book or any portion thereof

may not be reproduced or used in any manner whatsoever

without the express written permission of the publisher

except for the use of brief quotations in a book review.

This is volume number 3, in a collection of 3 books

The ideas and inspiration for these stories are as many and as varied as each of the individual tales.

They do not contain standard stories of theft, greed and wrongdoings, as one might expect.

Tales of Crimes & Violence looks deeper into the human psyche, the mind and spirits of those involved.

Although all the tales in these books are about committing crime, or being involved in acts of violence, the real story being told is one of the people involved; why and how they came to be in this position.

Are they willing participants, or victims themselves? The innocent caught in the crossfire, or is there more to their presence than meets the eye?

All the stories in Tales Crime & Violence have underlying factors, deeper meanings, twists and stings to savour and enjoy.

To all of you wonderful people who have read volumes 1 & 2 too.

If you have not... what... why... go and read them NOW because you are missing out on

so many great tales.

7 I Never eat the Crusts

10 Things that cannot be Let Go 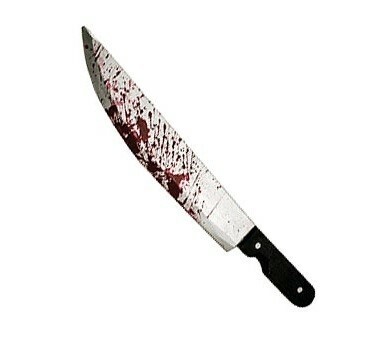 I am never comfortable in a strange bed.

Which is one reason I dislike hotels and staying ‘over’ at friends’ houses. But sometimes you must, as I am doing tonight.

Picking up my phone for the umpteenth time I see it is two fifteen a.m. That is a whole three minutes since I last looked.

I lie back, a huge elongated sigh escapes from my lips. I close my eyes and then open them instantly. Sleep is AWOL. My mind busy jumping from one random thought to another.

It has been six years since Mark and I last got together. We have so many tales to tell, so much to catch up on. Keeping in touch by text is ok.

Social networks sort of get you by, on the mundane, irrelevant and unimportant. But real contact, being with someone, keeping a true friendship alive, means seeing people, being with them in the same room, around the same table, laughing, joking, prodding, pushing, poking them. Physical contact.

Which is why I have taken this opportunity to visit, before the distance in which we live our lives becomes too great, becomes a permanent dived.

Old friendships should never be lost.

Unlike myself, Mark is rich. His parents left him a fortune, which is why we live very different lives.

But even for all his wealth Mark’s life was not without pain and misfortune. Firstly, his parents were murdered. Four years ago his fiancé, Anna disappeared. The police suspected Mark of murdering her. He was held in jail for weeks, even his high-priced lawyers could not convince the court to give him bail.

Eventually, Anna’s body was found floating in a canal, dismembered and wrapped in black plastic. There was no evidence to link Mark to her death. In fact, he had rock solid alibis for the dates on and around the time of her disappearance, the prime one was he was halfway across the world, closing a business deal in Dubai.

The police had no option but to release him.

Because of my own circumstance, I never got to meet Anna.

But I know from Mark’s messages to me he loved her deeply.

I never, not for one instance, believed he killed her. In fact, murder was not something Mark has within himself, he is far too nice a person.

Mark took a long time to recover from Anna’s death. He slipped into a state of depression and found a bottle, or three, of Vodka would dull his pain, at least for a short while.

If it was not for Jenny, Anna’s twin sister, I am certain t Mark would have committed suicide.

I do not think he was too far away from doing so judging by the rows of scars running along his forearms.

Thankfully, Jenny was there. She nursed and cursed Mark. She mopped up his vomit and washed away the blood. Hugged him and hit him. She eventually brought Mark out of his depression, got him to walk in the sunlight and wonder at the stars once more.

Looking back, it seems this was always going to be the obvious outcome, it was an inevitability, but at the time… well… hindsight is a wonderful thing, isn’t it?

You may be wondering where I was during all this, seeing Mark is such a close friend.

I am sorry to say, to admit, I was in prison.

I will not go into those details just now. I have served my time, I have been humbled and shamed. Now all I want is to build a new life, to move on and put my own past behind me.

Forget it, if it is at all possible.

Which brings my thoughts back to now, laying here wishing for sleep.

I look at my phone once more. It is two seventeen. I swear time has slowed. I look again, still two seventeen…oh no, two eighteen. I say this out aloud as I see the digits change.

Getting out of bed I move the curtain aside and glance out. All I see are indistinct shadows of hills and trees. It is a moonless night and far too dark for any detail.

I grab my robe and pad barefoot down the staircase as quietly as I can, heading for the kitchen and the kettle, tea or coffee, or chocolate, or whatever I can find to drink.

Mark has an old-fashioned copper kettle with a whistle, so I stand over it ready to shut the gas burner off as soon as it reaches boiling point. I do not want to wake the household.

That is when she speaks to me “Just one sugar and a little milk, please.”

In shock, I spin around, not realising anyone else was in the kitchen. “Oh, I didn’t know you were there.”

“You must have arrived after I went to bed.” I said this over my shoulder as I was putting the milk into the cups.

I must have slept for a while after all, I must have dozed off for a few minutes or I would have heard this girl’s arrival at the house.

I slid the cup across the table towards the girl. “I’m Carl,” I said, holding my hand out.

The girl's hand was icy cold and dry. She must be freezing in that cotton dress. The heating turned itself off at ten and now, some five hours later, there was a certain coldness in the air. I could have offered her my robe, but I was naked beneath, so guessed that was not a good idea.

I froze, my cup halfway to my lips, my eyes firmly planted on Anna’s.

She simply lifted the cup to her lips and drank.

“You’re dead.” It just came out, blurted uncontrollably from my mouth.

“Am I?” she asked, a faint smile playing at the corners of her mouth.

“I am ‘that’ Anna, but no, I’m not dead”.. The smile pulled at her lips again, eyes looking at me, into me, as if knowing my thoughts.

I was dumbfounded. I had no words, just a whirlwind of thoughts and images and memories whizzing about my head.

That was when Jenny came in, a large smile on her face. “Hi, you two, have you a cup for me?”

I poured Jenny a tea and passed it to her. “What’s going on?” It was a simple question, but it was all I had.

“Oh, it’s quite simple,” said Jenny, waving a dismissive hand in the air. “After Anna killed Mark’s parents everything was fine, Mark inherited, they were planning to marry, all was good.”

“All was good? You just said Anna murdered Mark’s parents, how can that be good?” I knew my mouth was hanging open, but I could not close it, I could not believe what I was hearing.

“Stop interrupting Carl, that’s such an annoying habit you have.” Anna was waving a finger at me as if scolding a child.

Jenny continued. “What Anna did was for Mark’s own good, he inherited everything. You would think he would have been grateful, after all he was a rich man. But no, he was unhappy, said he was having a crisis. Bloody hell Carl, he is a grown man, a crisis is for wimp’s and blond bimbo’s, not real men.”

“Well, that’s not quite true…” My interjection was hushed away.

“As part of this ‘crisis thing,’ Mark wanted to get un-engaged, postpone the bloody wedding, all that type of crap. It was unacceptable, how on earth could Anna live the life without Mark’s money? So, we decided on plan two, Anna’s death, only she would not really die of course.”

“I know that now, but the body they found in the canal, the police, the DNA… how could you fake that?” It was a question I wanted to know, but wished I did not.

“That was simple, we just chopped up some street whore.” Both the girls had a snickering smile on their faces. They really were very much alike, true identitwins.

“The DNA was easy. The detective was knee deep in gambling debts, the mob baying for his blood. He stood to lose his job and his pension. That was if he did not lose his life first. So, a little sleight of hand with a few DNA samples and bob’s-your-uncle, all his gambling debts disappeared.”

“That’s unbelievable,” I muttered cradling my head in my hands. “Tell me this is a joke. Tell me you are just winding me up.”

“Here,” said Jenny, sliding something across the table towards me.

“What the fu…” I sat bolt upright, lifting my hands off the table away from the weapon.

The girls both laughed. Shrill giggles that resounded off the walls.

“Have you ever fired a gun?” Jenny asked.

Anna was now standing behind me. “Here,” she said, lifting the gun and placing it in my hands. It felt far heavier than it looked.

Anna cupped her hands around mine, resting her chin on my shoulder, she pressed

Widmung:
To all of you who have read the two previous volumes of Tales of Crime & Violence. If you have not... why not... go read them... NOW :-)