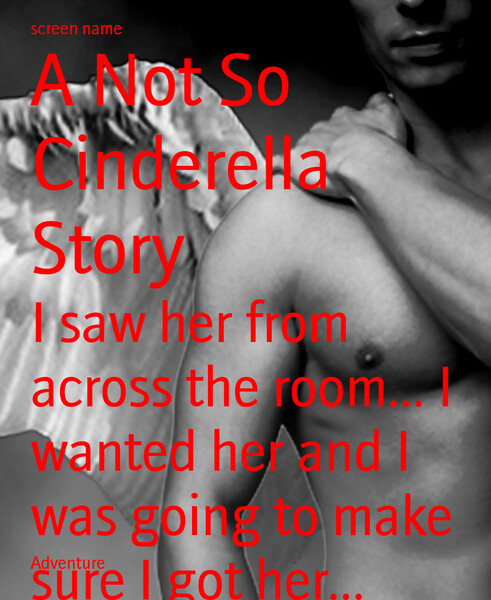 I saw her from across the room... I wanted her and I was going to get her...

I was in a hospital bed at the HAH (heaven's aid headquarters), I looked to my leftand saw my beautiful mate, I didn't believe how I ended up with someone as beautiful as Kyla for a mate but I sensed more power in her than she has realized she has. She knows about her teleporting but I don't think that she knows about her control over air yet, she knows about her eart elements though. I haven't met anyone as powerful as her since I met the elements themselves. Yes I was a prodigy for them to use as a lab rat pretty much. I made sure I was moving gently as I rose her from her position on the chair to the hospital bed with me, I had used my mind powers for this because I was much too lazy to get up and carry her and even if I did, she would probably wake up. Once she was in the bed I put my arm around her and fell back asleep. I woke up to Kyla's head on my chest and her eyes closed as she slept peacefully. I was shocked as her eyes flitted open and they were not longer that beautiful blue but pure white. As I thought over why this was happening she started to levitate, I stared shocked as her black hair turned to a beauiful blue, the color her eyes were before they went white. Her feet grew vines that wrapped around her ancles gracefully and the fire consumed her eyes in blue and while flames burning as her irises. So my mate had inherited my powers, but we havent completed the bond yet with her biting my neck and me sharing my powers with her. I then looked as she smiled and spinned around gracefully. For a vampire she was pretty harmless, but then again most vampires aren't dangerous only ones who have gone into rage or blood thirst but those who do get put down quickly. I grabbed her hand and started floating too. I looked into her eyes and then i was sucked into her memories. I saw how she was bullied and how she never knew anything but music and outside and animals. Also school and all the bad memories and then how she stood up over and over for people she didn't know, just showing she was there even if she didn't want to be there herself, she showed them why they should be. My mate has saved so many people from killing themselves and so many more from getting bullied. She got in many fights over it in the mean time though, but I see she would always have lyrics running through her head during everything she did, and a couple songs the most. There was Stand by Rascal Flatts, The Fighter by Gym Class Heroes, If I Die Young by The Band Perry and Let It Rain by David Nail. She loves music and I was snapped out of her memories by her beautiful voice as she began singing. I sang with her and time seemed to freeze as we were singing together in perfect harmony.

All is fair in love and war Kyla's pov

The next day we heaed to the meeting place of our group, which has grown quite a bit. We have about 2,500 supernaturals who have combined to form this group. As we walked in I could feel Jaiylin's nervousness, which was strange because he usually was so cool and calm. As we walked in I saw Emelie (said as Emilee) and her botfriend Shayne holding hands and waiting for me. When she saw me she ran up to me and I noticed the baskeball ring that I got for her on her finger and the necklace that fits to mine and spells partners in crame on and I smiled. I noticed that her normally green eyes were purple and I assumed the worst. "WHAT IS WRONG WITH YOUR EYES?!?!?!?!" I screamed at her. She shushed me as she pointed to Shayne who had the same purple eyes as her and I knew what this meant, they completed the bond and had gotten a purple eye color. Us vampires when we finish the bonds, by biting, we get the same eye colors and no other mates get the same shade. But, since I was mated to an angel, I would get to keep my eyes but we would get a mating mark. We still haven't finished the bond yet so I don't know what the marking will be but it will have to do with what our powers do when we combine them. Back to the present, I smiled as she blushed and saw me holding Jaiylin's hand and she looked at me smirking. She took me away and then whispered " who the heck is THAT?!?!" as she pointed at Jaiylin and I smiled and simply stated "my mate" She started to ask me questions but i told her I would tell her later. We started our meeting with our pledge that we made even if it didn't really make all the sense in the world. "I am bad but that's good for I am who I wish to be, I may not evver be good but that's not bad, there's no one I'd rather be than me." After we had finished everyone started to bring up our game plan, which might lead to death as we planned to get as many as possible by will and then if anyone had problems and formed a group against us, we would fight. I didn't like this idea because it meant putting innocent people who only wanted what's best for the world in danger of losing their lives.