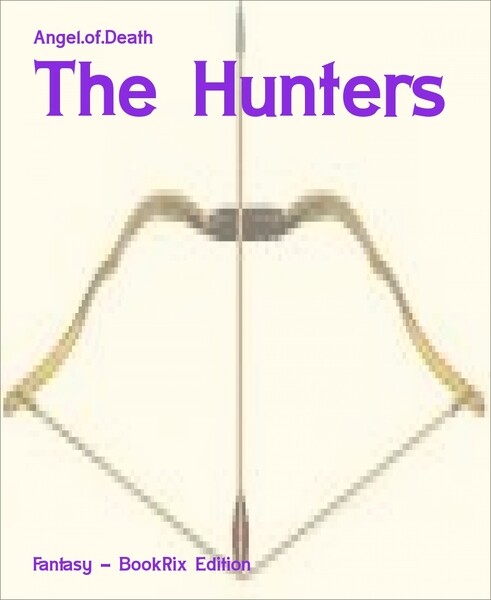 It had been snowing for nearly three days perhaps I should have taken that as a warning. Maybe such a long snow fall was normal in the middle of winter but the middle of September? People laughed at the weatherman when he said a heavy snowfall was coming but we didn't. We are the Hunters. We go from forest to forest, country to country protecting those who need to be protected. Our Goddess granted us eternal youth and life. She makes sure that the strikes against evil we make are always true, we never miss. All we must do is pledge our lives to her. Our contract only ends when we fall in love, when this happens we begin to age once again so that we can grow old with our soul mates. My name is Livianna, I am over 300 years old and this is the story of how we delivered our newest Hunter to our Lady.

Leanna's eyes opened and she stared at us blindly through pitch black eyes. She opened her mouth and the voice of our Goddess Tanzia spilled from her mouth.
“My Hunters I must speak with Livianna alone. She will tell you later now leave us please,” The Hunters bowed respectfully and left the tent we had been sitting in, “Livianna I bring you grave news. You must go save a girl named Talina. She lives in the deepest part of the Galatah forest, she is being tracked by the Tanshalas as we speak,” I snarled at the name like the lioness I was. You see that is how we are picked. Although we try to save everyone we only accept young women between 16 and 25 who have supernatural powers. I myself am a lioness shifter and the other Hunters are either shifters or psychics, such as Leanna who is an Oracle, “Hush my brave lioness I know how you feel. You must save her for she has great psychic powers and there forth they must not get her or it could be all of our downfalls. Now you must leave with the coming dusk.” I stood from my kneeling position and bowed with my hand clenched over my heart.
“Yes my Lady.” With that Leanna took a deep breath and shook her head and within seconds her eyes had turned to a light violet again. She took a look at my now gold once green eyes and spoke,
“It’s bad isn’t it?” I nodded and we headed outside where the others were waiting. I told the others what Tanzia had told me and watched it sink in. The shifters began to snarl, hiss and shake while the psychic’s eyes turned slowly black. They began to talk and shout among themselves, I should have had to raise my voice to make them be quiet. But all I had to do was raise my hands above my head and they stood to attention, silent and strong. I ran my gaze over them all and checked our numbers. We had 19 including myself; we had lost Gianna last week to a man named James Tolser. This meant Talina was coming at just the right time as we tried to have 20 Hunters at all times.
“Ladies we must pack up and hide any evidence we were here. We must work quickly as Dusk is in an hour. Now move.” Even before the last syllable was out of my mouth the girls were moving in a flurry or robes. The shifters wore black and the psychics wore navy blue. As Tanzia’s second in command I wore a silver tie around my waist and a twisted silver rope as a hair band. A slight breeze rose from all the billowing of our robes. Within 45 minutes we had packed up and with the last 15 we hide all evidence of our being here. They stood before me awaiting orders.
“Okay girls to the trees.” And with that the shifters shifted and climbed the trees or flew to a branch and the psychics eyes turned black and they floated up to the tree tops. As Dusk arrived we moved. We moved as silent as the dead through the trees not stopping until we reached a clearing some way into the forest and we set up camp. I told the girls that the plan was to collect the girl around 12 and have her at the base of the Goddess’ mountain by Dusk. The others agreed and went to their separate tents to sleep until dawn came.
The next morning they rose as one and packed up before moving towards the deeper part of the forest were Talina lived. They were about 20 minutes away from her house when Livianna heard it, the sound of a shotgun being loaded.
“Get down and run!” She shouted and immediately the bird shifters changed and flew towards the girl’s house, a few of the girls became invisible and a couple of the others put up shields. The shifters and the unguarded psychics kept low and ran. They ran ducking and diving between trees. The snow making it hard to hide due to the colour of their cloaks. They managed not to be hit by the bullets and arrows coming towards them and reached the girl’s house. The projectiles suddenly stopped and the birds that surrounded them changed into crouching girls. Livianna knocked the door and noticed that the Tanshalas were closing in from behind the house. She kicked down the door and ran inside and found a girl about 17 or 18 and grabbed her hand.
“No time to explain. You need to come with me or they will kill you. Come.” Talina nodded and ran out of the house. The Hunters surrounded them as they ran through the snow making their way through the forest fighting the Tanshalas every step of the way. Swords clanged the sound of arrows being released and shouts of pain and war cries filled the forest. Blood dripped onto the snow scarlet against the cloud like whiteness. I could smell the coppery tang that was associated with blood fill my overly sensitive nose. All I could see was white as the snow fell getting heavier the closer to Tanzia’s mountain we got. Suddenly the world rippled and the sounds of war were gone and I could see my Lady waiting for Talina, arms open. I bowed to Tanzia and kneeled as Talina walked towards her and together they walked up the mountain. When they had disappeared I left the grove and saw the fight had finished. I looked around and back towards the mountain. Well I thought I hope she is worth this. I looked around at my sisters and noticed a few obvious absences. I shifted and let out a howl in memory of my lost sisters. Yes, I hope she was worth it.