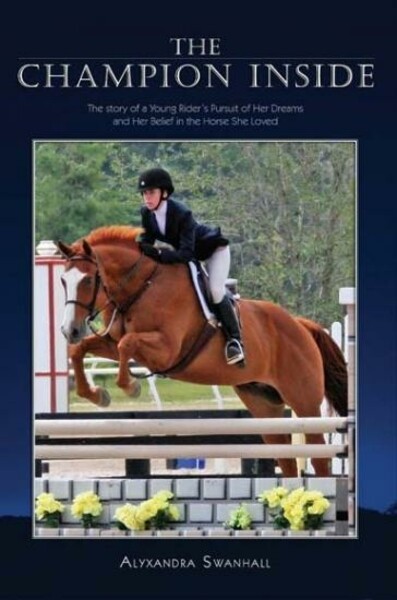 As I sit atop my horse facing the Grand Prix ring before me, I feel a fluttering in my stomach as the excitement of the moment overtakes me. Jay and I are preparing to enter the ring for the 2007 Marshall and Sterling Children’s Horse Medal Finals. I remember standing up on the hillside that surrounds the arena last year watching the riders take their turns during the 2006 Finals. It was at that moment I knew I was going to be one of them this year.
No matter what happened in the coming moments, I knew Jay and I were already winners. My partnership with him had begun shortly after one of the most devastating events of my life; and this was the culmination of over two and a half years of determination, hard work, setbacks, tears, elation, and every emotion imaginable. Although our journey had been fraught with some disappointments along the way, we had refused to be defeated by them. We conquered each adversity that came our way together, which made our triumphs all the more meaningful. Among other things, they had taught me to never give up on my dreams, regardless of how overwhelming the obstacles facing me seemed. It also proved that “backyard” riders like me really could achieve their dreams of success and make it to a national equitation final.
Most importantly though, I had developed a bond with my horse that was stronger than any I could have ever imagined. Time and again Jay had shown me how much heart he had, proving repeatedly that he was willing to trust me even when he was nervous or insecure. I especially loved those moments when we were completely in tune with each other and it actually seemed as though our minds were one. There would be an almost lyrical quality to our movements as we maneuvered around a course of jumps. It was as if we were dancers moving in perfect unison with each other, both knowing what the other’s next step would be.
My reverie is broken as I notice that the rider in the ring has finished her course and is moving toward me. Now it is my turn, and time to focus on the task at hand. I take a deep breath and enter the ring…

Widmung:
For my mom and dad.