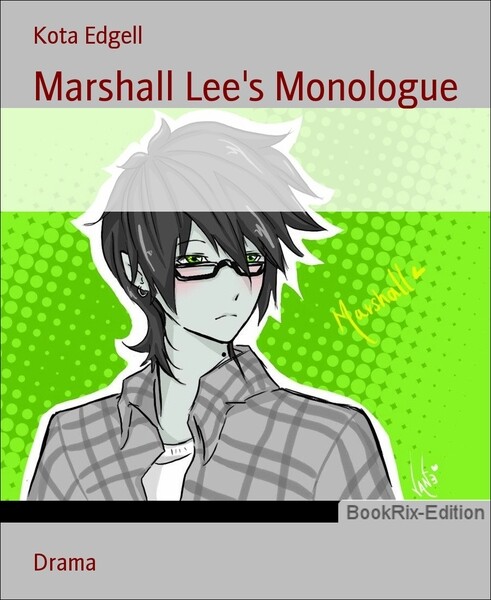 Don't you know I'm a villain?

Solitary was a given for the mere, supernatural being I was destined to be. When they sensed my presence, a sudden spark of alarm and panic glint in their eyes, proof that conscience had told them what needed to be said in order to protect themselves, to keep clear of the Vampire King. The title itself—although a bit exaggerated, I must say—was simply just that: a title. Not that I was completely innocent to the point where I had not earned the rank, but my soul was truly not a dark one. Though, if I were to go about my way to explain this, no one would believe me. No one believes the bad guy.

Every night, I'm out killin', sending everyone running like children.

It's true that at a time, the spill of human blood sent me into a frenzy. The feeling alone was able drive one into a self-imposed coma. Uncontrollably. Incoherently. My mind blocked out every other thought when I saw it. The color was all that really mattered, though. As long as something was red, that's all my body required for satisfaction, but just the sight of that dark red liquid sent shivers down my spine. Yearning, my tongue whipped around these impure lips of mine, lips that could only hide under a strong, innermost desire to plunge forth and plant them on the necks of my ignorant victims.

I was a young vampire in the period I used to hurt others intentionally. Although my memory wasn't the greatest, fragments would appear in my mind whenever I was asleep. Pitch black, dreamless visions were my favorites. At least then, I didn't wake up by the nightmares of my past, my voice only able to describe the agony by the same blood-curdling scream my victims had uttered, the very scream that escaped between my own uneven sobs.

The days my mind recalled those horrible memories were the only days I'd see Fionna. She was the light you saw at the end of a long, frightening tunnel; my lost hope, the luminous innocence I longed for myself. A soul of purity and resonating light. She was my energy, the reason I ever got out of bed, let alone the house, to leave behind the insecurities holding me down from the world and beyond. Her very spirit reminded me consistently of the sincerity of life and everything it had to offer. Because of her, I was able to surpass my urge to kill myself, or at least attempt to do so.

I know why you're mad at me. I've got demon eyes, and they're looking right through your anatomy, into your deepest fears.

Naive. That's the way she should've stayed, but even the Vampire King doesn't have the will to hold a front.

Whenever Fionna asked, I'd deny it. "It's nothing." I'd lie through my teeth every time she asked about suspicious black bags under bloodshot eyes. "Just didn't get enough sleep."

But she was smarter than that, quicker, not that it was something that could easily be hidden. I sensed it, that the blond heroine was slowly recognizing a pattern in my unusual behavior. After about a month, the questions I had stealthily avoided all my life had been stacked numerously by her eagerly troubled voice. Repudiation didn't get her off my back, and finally, the secrets that had been kept in these past few hundred years deluged in a matter of seconds.

After telling her my story, my ever-growing saga, I expected her to run or at least show me the fearful, disgusted expression all other humans used to show me before they went into an unavailing sprint, but all she did was cry in my suspense and thrust four words into my brain.

"You were so lonely."

Since then, Fionna’s never left my side. She was always there, reassuring me that I wasn't alone anymore and that there would always be someone whose presence would be enough to ease my pain. But what she doesn’t know? She’s more than enough for me. She’s all I could need.

Every time she looked into my eyes for more than four seconds, it reminded her of the people I slaughtered, the blood I shed, and the writhing bodies my young self had not thought carefully enough to leave be. Just as she stared into my crimson ones, her sapphire gleaming irises showed me the anxiety from within.

Was she hanging out with me because she wanted to, or because she felt sorry for me? She feared that if she left me alone, I'd go along with my attempts of suicide. Often, I'd ask myself this question and doubted my relationship with her.

Baby, I'm not from here. I'm from the Nightosphere."