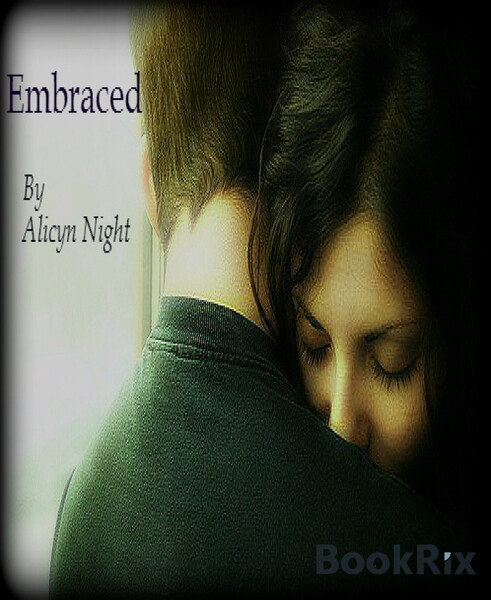 He brought the cigarette to his lips, pulling in a long breathe filled with smoke. Finally he pulled it away from his pale lips and let loose the toxic breath.

Loud music filled the alley way, Celtic heavy metal seeped through the walls of the building and into his ears, muffled by the wall’s barriers. He lifted his head and watched a bright red head flit her way through the small crowd that had gathered outside, and he watched as she caught sight of him through the cloud of smoke and darkness, which had casted him as a sinister shadow to those around them. She smiled as she came toward near.

“Caden.” She spoke his name as she always did, carelessly and the tad bit of a tease, a promise.

One he could not and would not fulfill.

“Gabby.” He lowered his head for a moment in acknowledgement. They stood across from each other in silence as he pulled another drag from the cigarette.

“Have you found her yet?” She asked casually, her bright green eyes watching those around them, wary of who could be listening.

“No.” he said quietly, as he watched the cigarette burn away, he looked up spotting a few people starring at them. “But Gabriel should know soon enough.” He said softly, titling his head up to the sky watching the clouds move slowly and feeling the breeze against his exposed face.

It will rain soon… He thought, inhaling the scented air, thinking back.

“She isn’t Her.” She said quietly and he glanced at her, forgetting her presence. Her eyes had glazed over, and became unfocused.

“Then what are you hoping to gain from this?” she asked, her voice became harsh and her expression painful.

He stood in silence as thunder rolled and bellowed across the sky. He had grown bigger since last he saw them on that cliff, He had broaden out and gained more muscle then he had thought possible. He had grown not just in body but also mine. He was older, wiser in a sense. He had fought and fought, learning and learning so when the time came he could be stronger then Him.

He had wanted the fight, craved it even just so then maybe all of his hatred and anger could be burned from his veins and his pain would lessen.

He looked back towards her, His hazel eyes becoming more green.

‘Did you know when you get mad or when you’re pissed off, your eyes turn green?’ She said, her blue eyes alight with amusement…

He smiled at her then, a cruel smile that brought of the lines in his face and lit pain and ruin in his eyes.