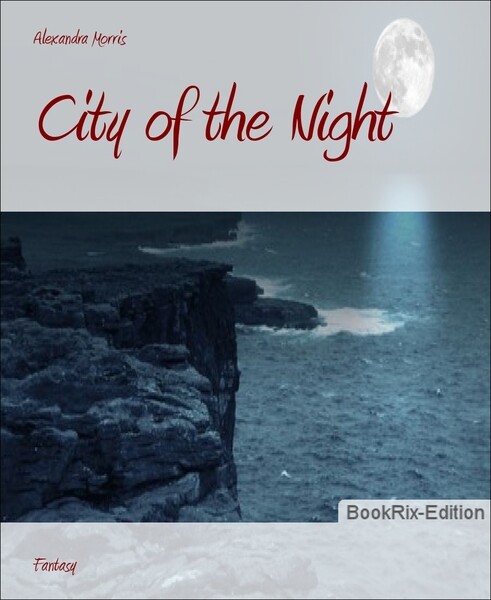 Catherine stared out at sea. The salty wind blowing her long, auburn hair around her like flames, as she stood suspended 100 feet over sea upon the eerie cliffs. She couldn’t understand it, why had he done it? Her hands balled into tight fists, her knuckles going white. She was so tired, so tired and angry and all that was going through her head was a single word screaming out to her. Why? In a moment of sheer passion she allowed the anger and sadness she had been suppressing to explode out of her. Not thinking of anything but her pain, she through her body forward. The icy water rushed up to her, faster and faster until she was welcomed by its numbing sweetness.

Music pounded out of the stereo as the leaving high school students danced around, drinking away their troubles. Catherine always the quiet, wondering one sat beside the fire, staring at its orange inards. A girl with fine blonde hair that looked whiter than snow stumbled up and plonked down beside her.
‘Catheriiiine’ The blonde girl slurred.
Catherine sighed and wondered for the thousandths time how she had ended up with a best friend like Emily. Emily was half way through her insane babble when Catherine finally noticed the way her pupils we’re abnormally large and the way she seemed too be flinching at everything. To anyone else it would just seem like a girl who had drank too much. But Catherine knew better.
Whispering furiously she was able to get Emily’s attention, ‘What’s going to happen?’
Emily just smiled at her sheepishly and giggled, Catherine guessed the 2 beers she had had taken a bigger toll on Emily than she had thought.
‘Emily what have you seen!?’ Catherine demanded.
Emily’s pupils seemed to get bigger and bigger until there was no colour left, the terror that filled her eyes was gut wrenching, and in one single word Catherine and Emily’s life plummeted around them
‘Death’
Catherine looked around frantically her auburn hair flailing around her like a red curtain.
‘When Emily? When!?’
Emily had begun to sob blood tinged tears now,
‘Not enough time, their all going to die.’
Jumping up Catherine grabbed Emily’s hand and dragged her along, constantly whispering to Emily that it would be okay and not too look at anyone in the eye, incase they saw their fear. Catherine was so scared, not for her self or Emily but for her classmates she had studied with for 2 years. Everywhere Catherine and Emily went this happens. Death always follows.
They were in the middle of a large clearing in the heart of the forest, it would take them too long to get out of the forest, especially with Emily in this state. Catherine dragged her towards the biggest of the Elm trees and began too climb too the lowest branch using her legs as an anchor she reached down and pulled Emily up. They continued to climb until Catherine decided they were safe enough, from this height they could see the clearing, and the shadowy sapes that began to appear from the forest. No-one noticed, not yet, they were a master of discise no one would notice until it was too late. Not long after that thought had crossed Catherine’s mind the screaming began. The shadowy shapes took form into normal looking people, if it wasn’t for the glowing eyes and distorted faces. They bit and tour and drank from the teenagers until the dying screams finally settled down until a slight gurgling sound. Emily’s face was pressed into Catherines shoulder, trying to surpress a sob. Catherine longed to look away but couldn’t she had to watch to learn their techniques so one day she’ll be able to defeat and kill them all. When every human in the clearing was drained of blood and mauled enough to make out an animal attack, the creatures retreated back into the shadows.
Emily began to move and attempt to climb down, but Catherine knew better, keeping a tight grip on Emily to stop her climbing down and her finger against her lips too silence her, Catherine looked down the tree too the mossy floor of the forest and sure enough, there were two of them watching and waiting, incase anyone was hiding. In this state they looked no different from the average teenager, but then so did Catherine. Catherine’s sensitive hearing could hear them quietly whispering too each other.
‘There was so many.’ The male whispered smiling.
‘There’s more out there I can feel it.’ Sneered the female
Catherine held her breath and stayed as still as she could willing Emily to do the same, which luckily she did.
‘There’s no one else out there’ came a snarl form behind them.
They all whizzed around including Catherine. Behind them stood a male, with piercing blue eyes and thick greying hair.
‘But I can sense them’ whispered the Female cocking her head.
‘I do not care. Your ‘senses’ mean nothing to me. We move. Now’
Together all three of them turned and left. Catherine knew all the others had gone to, they wouldn’t dare defy him. Slowly Catherine and Emily climbed down. Breathing hard as they got to the bottom they looked at each other with a grim smile. Behind them a twig cracked, Catherine turned so quikly it seemed like the earth moved and not her. Crouching into a fighting position she looked up at one of her human classmates, John. The side of his neck was smeared with blood and he was very weak. She could tell he would survive. They were becoming very sloppy with their killings. Fear inhabited his eyes as he looked at Emily and Catherine.
‘Wha-What were they?’ He stumbled, as tears ran down his cheeks.
Catherine looked up at the innocent eyes and knew she couldn’t leave him like that.
‘They were demons. But your stories would know them better as Vampires’Emily answered matter of factly.
Stepping forward Catherine put her hand on Johns forehead as she looked into his wide eyes.
‘Forget’ she whispered.
Johns eyes rolled back into his head and he fell to the floor, sleeping peacefully.
Catherine and Emily stared at each other, they knew what they had to do.
They pulled the dead, bloodied bodies into centre of the clearing. Using the petrol used to start the bonfire Catherine dowsed the bodies. No one could know what happened here. Emily flicked a lit match onto the bodies and they erupted into wild smoky flames, that seemed too touch the night sky. Emily and Catherine turned away from the bodies and walked into the forest and away from the lives and the people they have pretended to be for 2 years.