A SERIES OF LESSONS IN RAJA YOGA 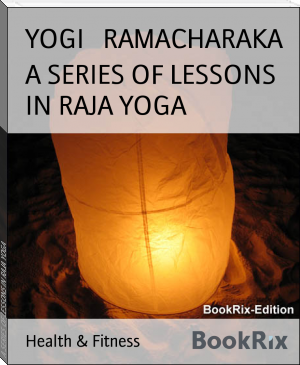 āja yoga (/ˈrɑːdʒə ˈjoʊɡə/; "royal yoga", "royal union", also known as classical yoga and aṣṭānga yoga) is a form of meditation in which the mind is trained to be focused at one point. It aims at the calming of the mind using a succession of steps, culminating in samadhi. According to the samkhya-based Raja yoga-philosohy, this results in kaivalya, the recognition of the pure mind, and the subsequent liberation from rebirth.

Since medieval times, Raja yoga has been regarded as one of the six schools of orthodox (astika) Hindu philosophy. The school declined after the 12th century, to be revived in the 19th century due to popular interest in Asian religions. Due to this revival, the 4th century Yoga Sūtras has gained great popularity.

Contents [hide]
1 Etymology
2 History
2.1 Yoga Sutras of Patanjali
2.2 Development and influence
3 Practice
4 Eight limbs of astanga yoga
4.1 Yama
4.2 Niyama
4.3 Asana
4.4 Prāṇāyāma
4.5 Pratyahara
4.6 Dharana
4.7 Dhyana
4.8 Samadhi
4.9 Samyama
5 See also
6 References
7 Sources
8 External links
Etymology[edit]
In the context of Hindu philosophy, rāja yoga is known simply as yoga. The term rāja yoga is a retronym, introduced in the 19th-century by Swami Vivekananda.[1] The prior use of the term rāja yoga in the Hatha Yoga Pradipika refers to the highest form of yoga, laya yoga, described in this text. The HYP is a text of the Natha sampradaya[2] and is not concerned with the yoga taught in the Yoga Sutras of Patanjali.

History[edit]
Yoga Sutras of Patanjali[edit]
Raja Yoga received the status of orthodoxy due to its constituting text, the Yoga Sutras of Patanjali. The Yoga Sutras are a composite of various texts,[3][4][5] composed in c.400 CE.[6] Traditionally it is ascribed to Patanjali, who compiled various traditions and wrote a commenatry on those, together forming the Pātañjalayogaśāstra ("The Treatise on Yoga according to Patañjali"), which consisted of both Sūtras and Bhāṣya.[6] According to Wuyastik, referencing Maas,

Patanjali took materials about yoga from older traditions, and added his own explanatory passages to create the unified work that, since 1100 CE, has been considered the work of two people.[5]

According to Axel Michaels, the Yoga Sutras are a collection of fragments and traditions of texts stemming from the 2nd or 3rd century.[7] According to Feuerstein, the Yoga Sutras are a condensation of two different traditions, namely "eight limb yoga" (ashtanga yoga) and action yoga (kriya yoga).[3] The kriya yoga part is contained in chapter 1, chapter 2 verse 1-27, chapter 3 except verse 54, and chapter 4.[3] The "eight limb yoga" is described in chapter 2 verse 28-55, and chapter 3 verse 3 and 54.[3]