Germany – The Handbook for Foreign Companies and Founders

For all entrepreneurs and businesses who are planning a new chapter or expansion into Germany Von: Yannik Süß 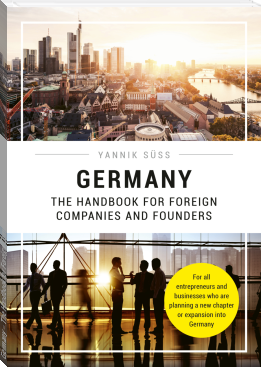 Germany is an especially attractive business location for many professionals; it is the biggest market within the European Union (EU) and in addition, worldwide the 4th largest industrial nation following the USA, Japan and China with a gross domestic product (GDP) of 2.7 billion Euros (status: 2013). The German economy is primarily focused on the provision of services as well as the automotive, chemical and electro-technology industries, whose products are internationally appraised with the quality seal “Made in Germany”. Moreover, Germany is world renowned for its leading innovations and technology. This is especially due to the German talent for good organisation and diligent work ethic.

The export trade plays an integral part within the German economy. Every fifth job position depends on foreign trade directly or indirectly. In 2009, Germany was the second biggest goods exporter worldwide, with an export volume of 1.121 million US-dollars, just after it was given the title of global export champion six times between 2003 and 2008. In total, Germany's share of the global market is about nine percent. Thanks to its dedication to export, hardly any other country is as tied in with the global economy and will continue its interest in open markets into the future.

There are further important advantages, aside from these significant factors, that speak for Germany as a business location. For instance, it has a geographically central location within Central Europe, an outstanding transport network and many skilled and qualified workers. Worldwide Germans are known for their on-time delivery performance, discipline and quality. Furthermore, in addition to a high quality of life, a high legal and political safety is also offered.