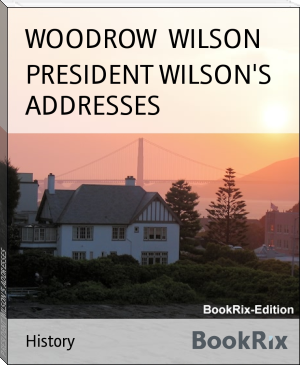 Wilson induced a conservative Democratic Congress to pass a progressive legislative agenda, unparalleled until the New Deal in 1933.[1] This included the Federal Reserve Act, Federal Trade Commission Act, the Clayton Antitrust Act, the Federal Farm Loan Act and an income tax. Child labor was temporarily curtailed by the Keating–Owen Act of 1916. Wilson also averted a railroad strike and an ensuing economic crisis through passage of the Adamson Act, imposing an 8-hour workday for railroads.[2] At the outbreak of World War I in 1914, Wilson maintained a policy of neutrality.

Narrowly re-elected in 1916 around the slogan "He kept us out of war", Wilson's second term was dominated by American entry into World War I. That year he proclaimed June 14 as Flag Day in a patriotic speech that bore out the nation's anti-German sentiment.[3] In April 1917, when Germany persisted with submarine warfare, Wilson asked Congress to declare war in order to make "the world safe for democracy." The United States conducted military operations with the Allies, without a formal alliance. During the war, Wilson focused on diplomacy and financial considerations, leaving military particulars in the hands of the Army. He loaned billions of dollars to Britain, France and other Allies, allowing them to finance their own war effort. On the home front in 1917, he began the first large-scale draft and borrowed billions of dollars in war funding through the newly established Federal Reserve Bank and Liberty Bonds. He set up the War Industries Board, promoted labor union cooperation, supervised agriculture and food production through the Lever Act and assumed control of the railroads.

He also suppressed anti-war movements with the Espionage Act of 1917 and the Sedition Act of 1918, a crackdown which broadened and intensified to include real and suspected anarchists and communists during the First Red Scare of 1919–1920. In 1918 after years of opposition, Wilson was pressured to change his position on women's suffrage, which he then advocated as a war measure.[4] Though he sought and received support from many in the black community, he permitted racial segregation of the Post Office, the U.S. Treasury Department, and the Navy.[5][6]

Wilson took personal control of negotiations when an armistice was requested by Germany, and in 1918 he issued his principles for peace, the Fourteen Points. In 1919 he went to Paris to promote the formation of a League of Nations and concluded the Treaty of Versailles. Wilson then suffered a severe stroke, and was unable to secure Senate ratification of the Treaty. By 1920 his disability