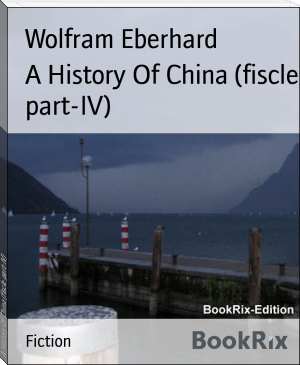 Wolfram Eberhard (March 17, 1909 – August 15, 1989) was a professor Emeritus of Sociology at the University of California, Berkeley focused on Western, Central and Eastern Asian societies.

Biography[edit]
Born in Potsdam, German Empire, he had a strong family background of astrophysicists and astronomers.

He taught a wide variety of courses specializing in the societies and popular cultures of Western, Central and Eastern Asia. He was especially interested in Chinese folklore, popular literature, Turkish history, minorities and local cultures in China and the relations between the Chinese and the peoples of Central Asia. Eberhard entered Berlin University in 1927 where he focused his attention to classical Chinese and Social Anthropology. Because Berlin University, where Eberhard studied, did not offer instructions on colloquial Chinese, Eberhard enrolled secretly and simultaneously at the Seminar for Oriental Languages. At the Seminar for Oriental Languages he studied with Ferdinand Lessing. He enrolled secretly because at the time his professors at Berlin University, and teachers of classical Chinese did not approve of his interests in colloquial languages. Ironically, his teachers at the Seminar for Oriental Languages did not approve of his interests in classical Chinese. He received his diploma at the Seminar in 1929, and then worked for his long-time friend Lessing at the Berlin Anthropological Museum.