Short Stories From Down Below 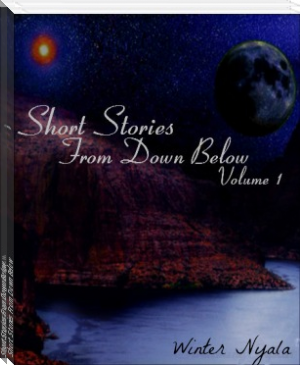 There are short stories that I write when I'm bored or have nothing else to do. The first one, I had written before a few years ago, About an Alien girl and such.

The Second one is about a swordsmen, named Fraia. She protects the land and house from a savage Brute, named Rio. He uses a Hammer of monstrous strength.

The third is a fight with a newly found friend against a Hydra. They find it and kill it and such. (It was a role play with a friend and thus I made it into a chapter for one of my books but here it is before I Edited it fully to fit in the book)

The Fourth is about a Magicain, who's parents have disappeared and she is traveling from world to world to try and find them. She meets a God but they quickly go on their ways and on their own journeys.

Next is something I wrote down a while ago that I decided to type up and edit. About a man, yes a man, who has a dream of his lover Micheal being murdered before his eyes. (Let me know if I should continue on with it or not.) ^-^

Great work. i read it really fast which is a good thing!

I loved all of the short stories...they had great action in them..and it was well written. Great job!

lol, try reading one of my other books. Volume 2 will probably X-rated with a few stories of 'interesting' tastes... ^-^

Blood thirsty but exciting!
Needs a little sex for my taste, but I enjoyed it.

I'm looking forward to your next tale!