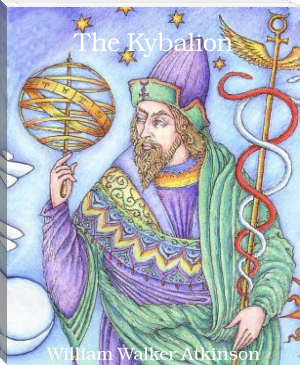 The Kybalion: Hermetic Philosophy is a book claiming to be the essence of the teachings of Hermes Trismegistus.

We take great pleasure in presenting to the attention of students and investigators of the Secret Doctrines this little work based upon the world-old Hermetic Teachings. There has been so little written upon this subject, not withstanding the countless references to the Teachings in the many works upon occultism, that the many earnest searchers after the Arcane Truths will doubtless welcome the appearance of this present volume.

The purpose of this work is not the enunciation of any special philosophy or doctrine, but rather is to give to the students a statement of the Truth that will serve to reconcile the many bits of occult knowledge that they may have acquired, but which are apparently opposed to each other and which often serve to discourage and disgust the beginner in the study. Our intent is not to erect a new Temple of Knowledge, but rather to place in the hands of the student a Master-Key with which he may open the many inner doors in the Temple of Mystery through the main portals he has already entered.

There is no portion of the occult teachings possessed by the world which have been so closely guarded as the fragments of the Hermetic Teachings which have come down to us over the tens of centuries which have elapsed since the lifetime of its great founder, Hermes Trismegistus, the "scribe of the gods," who dwelt in old Egypt in the days when the present race of men was in its infancy. Contemporary with Abraham, and, if the legends be true, an instructor of that venerable sage, Hermes was, and is, the Great Central Sun of Occultism, whose rays have served to illumine the countless teachings which have been promulgated since his time. All the fundamental and basic teachings embedded in the esoteric teachings of every race may be traced back to Hermes. Even the most ancient teachings of India undoubtedly have their roots in the original Hermetic Teachings.