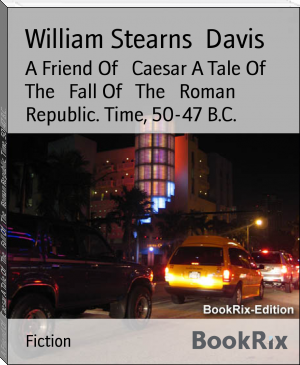 If this book serves to show that Classical Life presented many phases akin to our own, it will not have been written in vain. After the book was planned and in part written, it was discovered that Archdeacon Farrar had in his story of Darkness and Dawn a scene, Onesimus and the Vestal, which corresponds very closely to the scene, Agias and the Vestal, in this book; but the latter incident was too characteristically Roman not to risk repetition. If it is asked why such a book as this is desirable after those noble fictions, Darkness and Dawn and QuoVadis, the reply must be that these books necessarily take and interpret the Christian point of view. And they do well; but the Pagan point of view still needs its interpretation, at least as a help to an easy apprehension of the life and literature of the great age of the Fall of the Roman Republic. This is the aim of A Friend of Caesar. The Age of Caesar prepared the way for the Age of Nero, when Christianity could find a world in a state of such culture, unity, and social stability that it could win an adequate and abiding triumph. Great care has been taken to keep to strict historical probability; but in one scene, the Expulsion of the Tribunes, there is such a confusion of accounts in the authorities themselves that I have taken some slight liberties. W.S. D.Harvard University, January 16,