A Friend Of Caesar

A Tale Of The Fall Of The Roman Republic. Time, 50-47 B.C. Von: William Stearns Davis 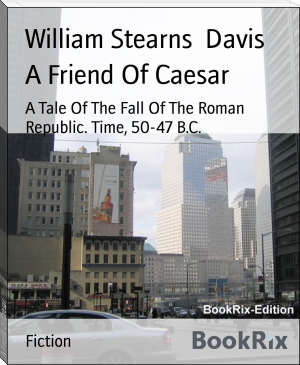 William Stearns Davis (April 30, 1877 – February 15, 1930) was an American educator, historian, and author. He has been cited as one who “contributed to history as a scholarly discipline, . . . [but] was intrigued by the human side of history, which, at the time, was neglected by the discipline.”[1] After first experimenting with short stories, he turned while still a college undergraduate to longer forms to relate, from an involved (fictional) character’s view, a number of critical turns of history. This faculty for humanizing, even dramatizing, history characterized Davis’ later academic and professional writings as well, making them particularly suitable for secondary and higher education during the first half of the twentieth century in a field which, according to one editor, had “lost the freshness and robustness . . . the congeniality”[2] that should mark the study of history. Both Davis’ fiction and non-fiction are found in public and academic libraries today.