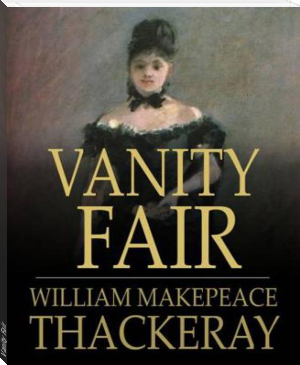 Vanity Fair: A Novel without a Hero is a novel by English author William Makepeace Thackeray. The subtitle, A Novel without a Hero, is apt because the characters are all flawed to a greater or lesser degree; even the most sympathetic have weaknesses, for example Captain Dobbin, who is prone to vanity and melancholy. The human weaknesses Thackeray illustrates are mostly to do with greed, idleness, and snobbery, and the scheming, deceit and hypocrisy which mask them. None of the characters are wholly evil, although Becky's psychopathic tendencies make her come pretty close. However, even Becky, who is amoral and cunning, is thrown on her own resources by poverty and its stigma. (She is the orphaned daughter of a poor artist and an opera dancer.) Thackeray's tendency to highlight faults in all of his characters displays his desire for a greater level of realism in his fiction compared to the rather unlikely or idealized people in many contemporary novels.

The novel is a satire of society as a whole, characterized by hypocrisy and opportunism, but it is not a reforming novel; there is no suggestion that social or political changes, or greater piety and moral reformism could improve the nature of society. It thus paints a fairly bleak view of the human condition. This bleak portrait is continued with Thackeray's own role as an omniscient narrator, one of the writers best known for using the technique. He continually offers asides about his characters and compares them to actors and puppets, but his scorn goes even as far as his readers; accusing all who may be interested in such "Vanity Fairs" as being either "of a lazy, or a benevolent, or a sarcastic mood".