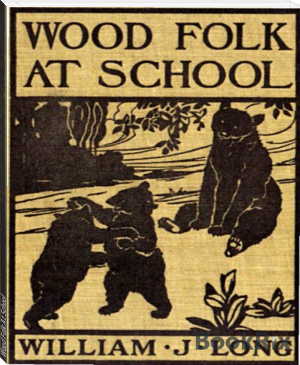 William Joseph Long (1866–1952) was an American writer, naturalist and minister. He lived and worked in Stamford, Connecticut as a minister of the First Congregationalist Church.

As a naturalist, he would leave Stamford every March, often with his two daughters Lois Long and Cesca, to travel to "the wilderness" of Maine. There they would stay until the first snows of October, although sometimes he would stay all winter. In the 1920s, he began spending his summers in Nova Scotia, claiming "the wilderness is getting too crowded".
He wrote of these wilderness experiences in the books Ways of Wood Folk, Wilderness Ways, Wood-folk Comedies, Northern Trails, Wood Folk at School, and many others. His earlier books were illustrated by Charles Copeland; two later ones were illustrated by Charles Livingston Bull. Long believed that the best way to experience the wild was to plant yourself and sit for hours on end to let the wild "come to you; and they will!"