The Handbook of Soap Manufacture 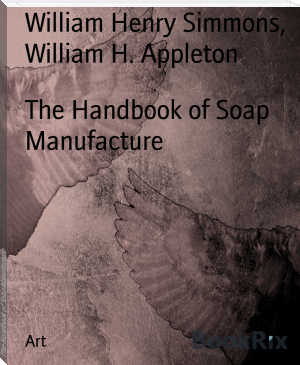 Simmons became a pupil of William Finden, the line engraver, but eventually he almost entirely abandoned that style of the art for mezzotinto, in which he attained a high degree of excellence.

Simmons died, after a short illness, at 247 Hampstead Road, London, on 10 June 1882, and was buried in Highgate cemetery.
Appleton served in the American Civil War in the 4th U.S. Colored Infantry for the Union Army. He received the Medal of Honor on February 18, 1891 for his actions at the Second Battle of Petersburg and the Battle of Chaffin's Farm.

He died on September 9, 1912 at the age of 69 and is buried in the Evergreen Cemetery in Pembroke, New Hampshire.