Journals of Travels in Assam, Burma, Bhootan, Afghanistan and the Neighbouring Countries 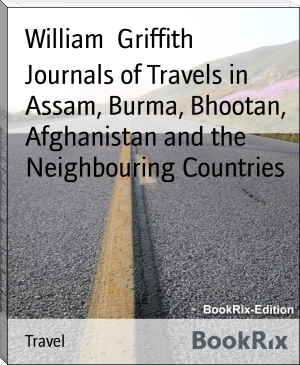 William Griffith (1810–1845) was a British doctor, naturalist, and botanist. Griffith's botanical publications are from India and Burma. After a brief stay in Madras, he was assigned as a Civil Surgeon to Tenasserim, Burma, where he studied local plants and made collecting trips to the Barak River valley in Assam. He explored various parts of Burma, traveling the rivers, including the Irrawadi as far as Rangoon. He visited the highlands of Sikkim, and the region of the Himalayas around Shimla. Subsequently, Griffith was appointed as Civil Surgeon in Malacca, where he died of a parasitic liver disease.