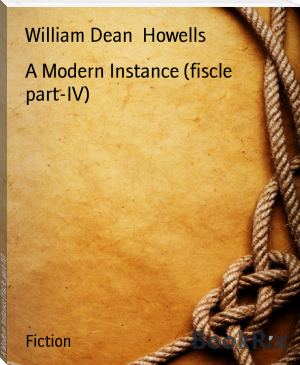 A Modern Instance, the first complete treatment of divorce in a serious American novel, was the most intense study of American society that Howells had done up to that point in his writing career.

In the novel, Howells uses the divorce theme to portray the widening cultural divisions in American society, and in this way, A Modern Instance anticipates many of Howells’s later novels in both its style and preoccupations. Old and new, rural and urban, life in the West and life in the East, and traditional orthodoxy and modern intellectual skepticism are compared in a series of contrasts which reveal Howells’s concern with the social and economic problems of his time. Characteristically, minor characters are used as a chorus to discuss, debate, and analyze issues and questions raised as the story develops.