The Black Prophet : A Tale Of Irish Famine Traits 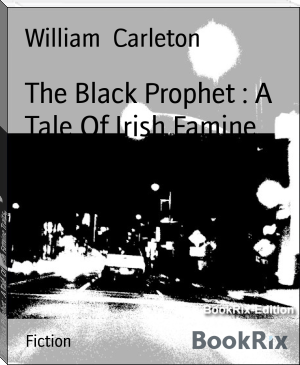 William Carleton (1794-1869) was born in Co. Tyrone, the son of a peasant who supported fourteen children on a small farm. The family was bilingual, and his parents accomplished singers and storytellers. Carleton was educated mainly at unofficial 'hedge schools'. He abandoned plans for the priesthood for a literary life in Dublin, where he became a Protestant, and began writing for the Revd Caesar Otway's sectarian magazine, The Christian Examiner. He managed to make a precarious career as a writer, contributing to a number of magazines and publishing some eighteen full-length novels besides his collections of stories. His conversion to Protestantism, and the anti-Catholic bias of some of his work, made him a controversial figure, but no contemporary Irish novelist could match his knowledge of the Irish peasantry and their culture, and Yeats described him as 'the great novelist of Ireland, by right of the most Celtic eyes that ever gazed from under the brows of storyteller'.