Songs of Innocence and Experience 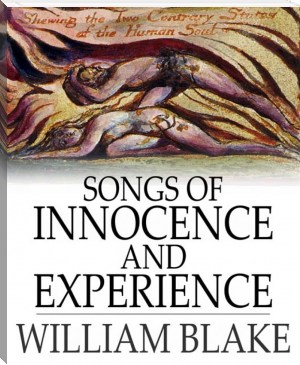 Songs of Innocence and Experience is a collection of poems by William Blake in two phases. "Innocence" and "Experience" are definitions of consciousness that rethink Milton's existential-mythic states of "Paradise" and the "Fall." Blake's categories are modes of perception that tend to coordinate with a chronology that would become standard in Romanticism: childhood is a state of protected innocence rather than original sin, but not immune to the fallen world and its institutions. This world sometimes impinges on childhood itself, and in any event becomes known through "experience," a state of being marked by the loss of childhood vitality, by fear and inhibition, by social and political corruption, and by the manifold oppression of Church, State, and the ruling classes. The volume's "Contrary States" are sometimes signalled by patently repeated or contrasted titles: in Innocence, Infant Joy, in Experience, Infant Sorrow; in Innocence, The Lamb, in Experience, The Fly and The Tyger. The stark simplicity of poems such as The Chimney Sweeper and The Little Black Boy display Blake's acute sensibility to the realities of poverty and exploitation that accompanied the "dark satanic mills" of the Industrial Revolution'.