The Flag Replaced on Sumter A Personal Narrative 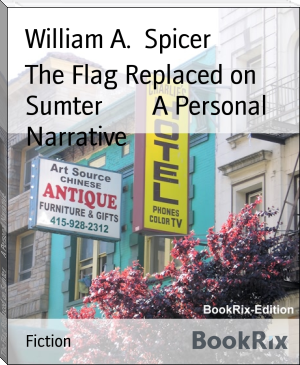 William Ambrose Spicer (1865–1952) was a Seventh-day Adventist minister and president of the General Conference of Seventh-day Adventists.[1] He was born December 19, 1865 in Freeborn, Minnesota in the United States in a Seventh-day Baptist home.[2] Spicer worked for the church in the United States, England and India, where Spicer College is named after him. He served as Secretary of the General Conference during the presidency of A. G. Daniells and Daniells served as the Secretary during Spicer's years as President. The two men led the Adventist Church for the first 30 years of the 20th century.