Who Wrote the Bible? 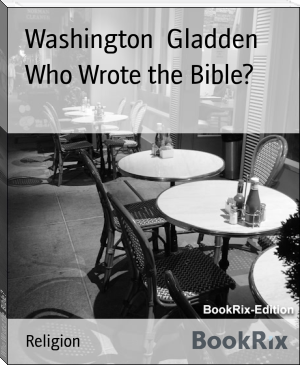 Washington Gladden (February 11, 1836 – July 2, 1918) was a leading American Congregational pastor and early leader in the Social Gospel movement. He was a leading member of the Progressive Movement, serving for two years as a member of the Columbus, Ohio city council and campaigning against Boss Tweed as acting editor of the New York Independent. Gladden was probably the first leading U.S. religious figure to support unionization of the workforce; he also opposed racial segregation. He was a prolific writer, with 40 books to his credit, as well as a number of hymns.