A REPLY TO DR. LIGHTFOOT'S ESSAYS 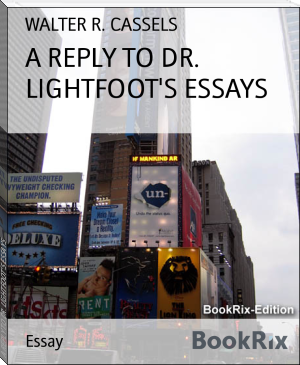 Walter Richard Cassels (London 4 September 1826 – 10 June 1907) is the speculated author of the anonymous work Supernatural Religion.Born in London to a British consular official, Walter spent most of his early life in India. In partnership with two of his brothers he later set up a business in Bombay. After serving in the legislative council of Bombay from 1863 to 1865, he returned to England.