The Aeneid of Virgil Translated into English Verse by E. Fairfax Taylor 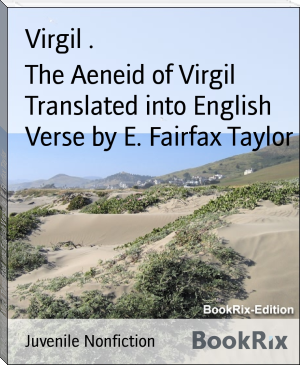 Publius Vergilius Maro (Latin pronunciation: [ˈpuːblɪʊs ʋɛrˈgɪlɪʊs ˈmaroː]) (October 15, 70 BC – September 21, 19 BC), usually called Virgil or Vergil /ˈvɜrdʒəl/ in English, was an ancient Roman poet of the Augustan period. He is known for three major works of Latin literature, the Eclogues (or Bucolics), the Georgics, and the epic Aeneid. A number of minor poems, collected in the Appendix Vergiliana, are sometimes attributed to him.

jesus christ his videos are getting worse and worse.... i just came back to see that derpy face of his!