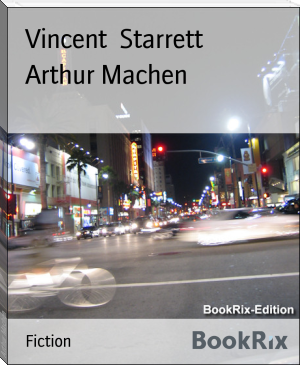 Charles Vincent Emerson Starrett was born above his grandfather's bookshop in Toronto. His father moved the family to Chicago in 1889 where Starrett attended John Marshall High School. Starrett landed a job as a cub reporter with the Chicago Inter-Ocean in 1905. When that paper folded, two years later, he began working for the Chicago Daily News as a crime reporter, a feature writer and finally a war correspondent in Mexico from 1914 to 1915. Starrett turned to writing mystery and supernatural fiction for the pulp magazines during the 1920s and 1930s. In 1920, he wrote a Sherlock Holmes pastiche entitled The Adventure of the Unique 'Hamlet'; Starrett on at least one occasion said that the press-run was 100 copies, but on others he said that it was 200 copies. The plan was to have half the press-run with the imprint of bookseller Walter M. Hill, and half with Starrett's imprint; the printer misunderstood the instructions and only 10 have Starrett's imprint. Randall Stock has done a census of surviving copies.[3] He located 9 bound and one unbound