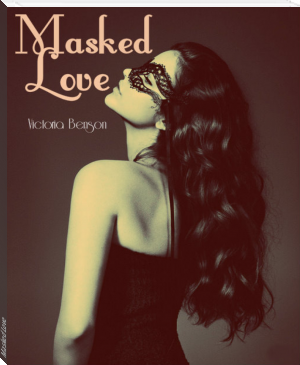 Every continent has adapted to the 21st century except Europe whose has held onto her old values and ways, including the tradition of the Masked Love.

The time has come for the requiring of one hundred girls from all over the world for the annual Masked Love, where Prince Jacques will determine who is to be his wife. Thing is, he could care less about becoming King and marrying a girl he doesn't love, and that’s where Isabella Lighte comes in to the equation.

She couldn’t be more upset over the fact that she is in the running for love she knows she will not receive, against her own will. The only way the odds will be in her favor, is if she is not called into the Winner's Circle and she can be on the first plane back home. But when her roommate washes away that prospect, she has no choice but to make the Prince wish he’d never met her.

Both are going to find out that you cant mess with Fate and there is not a more better couple who despise each other. Follow Bella and Jack as they realize they need each other more than they think!

plz update or can i plz finish it 4 u i have a really great really on how it should end.send me a thumbs up if u dont mind

Please update the book I really love it .Thanks

If you really like erotica, sex and a book to fire you up, and make you wet, well, the best of the best i can think is Paulo Coelho - Eleven Minutes, and you can find it here for free:
https://myfreekindle.blogspot.de/2017/07/the-alchemist-by-paulo-coelho-free.html

I love your book pls update

it's perfect..will u update it?

How can you end your book just like that, I need more, pleassseeee!!!!!!!