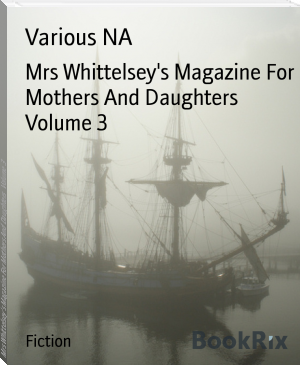 The Mother's Magazine first appeared in January 1833, published by the Maternal Association of Utica. In 1834 it was transferred to New York City after the Whittelseys moved there. The Magazine reached a circulation of 10,000 in 1837. Her husband died in 1842 and Abigail was assisted by Reverend Darius Mead, her brother in law who is an editor of Christian Parlor Magazine. After Mother's Magazine got merged with the rival Mother's Journal and Family Visitant in 1848, Abigail resigned. She than launched with the help of her son Henry in 1850 Mrs. Whittelsey’s Magazine for Mothers which she kept up for two years.[1] The Magazine was limited to language of theology.