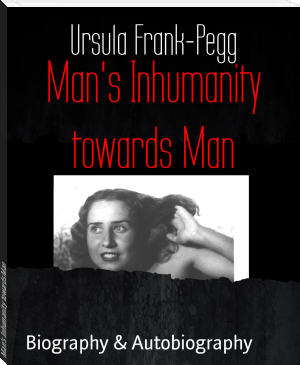 War at times is still in my thoughts, in my dreams. . Once you have experienced it, particularly as a teenager, at the most vulnerable age, it becomes the foundation of your life. I have known it all: hunger, poverty, homelessness, above all fear in its most Horrible form, i have seen its deadly grin. And in the midst of the destruction of the city where i was born and raised, the question of "why" has always been on my mind - why does mankind bent to the few, who lead them upon a bloody trail, deeper and deeper to a river of blood, where the waves swirl only in one direction, forward - no matter where it leads to. As the waves carry the men along on their crest, a return seems almost impossible. The sign posts on the River bank carry the warnings in big letters "stop, turn back! Destruction is Contagious - it leads to further destruction, it swallows hardened men in its wake and leaves women and children crying by the river bank. Above all, the Fortunes of war cannot be controlled, only the beginning, but not the end. Yet mankind has hardly recovered from one war, when it embraces another one, giving scant thought to the evil that is called forth. Was not world war ii the war to end all wars?