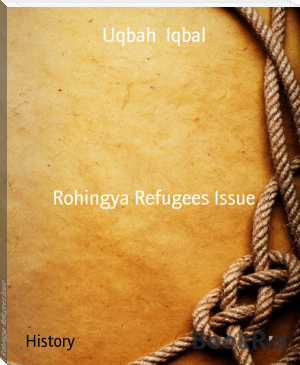 It can be seen that the issue of violence and repression committed by the Myanmar regime has led to Rohingya ethnic suffering seems never-ending. In addition, the suffering experienced by these ethnic are very sad because their children, women and the whole Rohingya Muslims are oppressed and their human rights are denied. Even they also get service and treated with the most extreme and severe. In the turmoil that hit Myanmar, we see Myanmar conduct various forms of violence against the Rohingya community. Although ASEAN practice Non-Intervention Policy (NIP) in its member issue, but the issue conducted by Myanmar against Rohingya ethnic involving human rights and it is a humanitarian issue that needs to be solved immediately. Issues that occur in Myanmar is seen as a form of violence by their efforts to erode the Rohingya ethnic group committed by the military in Myanmar. With it, this could give a bad impression to the ASEAN following Myanmar brutal action against the Rohingya ethnic.

ASEAN which brings the goal of maintaining peace and prosperity in Southeast Asia seems scratches through Myanmar’s cruel action. Moreover, in this case also found that the Rohingya issue also poses a dilemma to the ASEAN member countries. This is because there are ASEAN member countries who want to help the Rohingya and this is a dilemma for ASEAN practiced NIP. This policy stated that any country that has the problem should not be interference from other ASEAN members. Therefore, it is clear that NIP is now less relevant practiced because the Rohingya ethnic need protection and assistance in line with human rights and humanitarian contained in ASEAN. However, if seen NIP has maintained security in the ASEAN region since ASEAN was established. It is better this NIP amended in line with the current situation prevailing in the ASEAN. Therefore, it is expected with this basic modifications can help and defend the fate of Rohingya ethnic in general as well as ensuring peace and prosperity among ASEAN members, and is capable of enhancing the reputation of ASEAN on a global level.