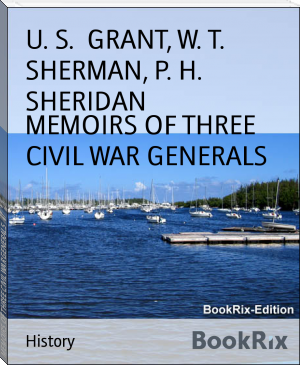 Ulysses S. Grant (born Hiram Ulysses Grant; April 27, 1822 – July 23, 1885) was the 18th President of the United States (1869–1877). In 1865, as commanding general, Grant led the Union Armies to victory over the Confederacy in the American Civil War. He then implemented Congressional Reconstruction, often at odds with President Andrew Johnson. Twice elected president, Grant led the Republicans in their effort to remove the vestiges of Confederate nationalism and slavery, protect African-American citizenship, and defeat the Ku Klux Klan.

Grant graduated in 1843 from the United States Military Academy at West Point and served in the Mexican–American War. When the Civil War began in 1861, he rejoined the U.S. Army. In 1862, Grant took control of Kentucky and most of Tennessee, and led Union forces to victory in the Battle of Shiloh, earning a reputation as an aggressive commander. He incorporated displaced African American slaves into the Union war effort. In July 1863, after a series of coordinated battles, Grant defeated Confederate armies and seized Vicksburg, giving the Union control of the Mississippi River and dividing the Confederacy in two. After his victory in the Chattanooga Campaign, President Abraham Lincoln promoted him to lieutenant general and commander of all the Union Armies. Grant confronted Robert E. Lee in a series of bloody battles in 1864, trapping Lee's army at Petersburg, Virginia. During the siege, Grant coordinated a series of devastating campaigns in other theaters. The war ended shortly after Lee's surrender at Appomattox. Historians have hailed Grant's military genius, and his strategies are featured in the military history textbooks, but a minority contend that he won by brute force rather than superior strategy.[1]

After the Civil War, Grant led the Army's supervision of Reconstruction in the former Confederate states. He was elected president in 1868 and reelected in 1872. Grant stabilized the nation during the turbulent Reconstruction period, enforced civil and voting rights laws, and destroyed the Ku Klux Klan. He used the army to build the Republican Party in the South, based on black voters, Northern newcomers ("Carpetbaggers"), and native Southern white supporters ("Scalawags"); combined with the disenfranchisement of some former Confederates, this led to Republican rule and the election of African-Americans to Congress and high state offices. In his second term, the Republican coalitions in the South fell apart as conservative white Democrats regained control of Southern states through terror and disenfranchisement of black Southerners. Grant's Indian peace policy initially reduced frontier violence, but after the discovery of gold in the Black Hills, the Great Sioux War culminated in George Custer's defeat at the Battle of the Little Bighorn. Throughout his presidency, Grant faced Congressional investigations into federal corruption, including bribery charges against two of his Cabinet members. Grant's econom