Mystery in my cosy little town 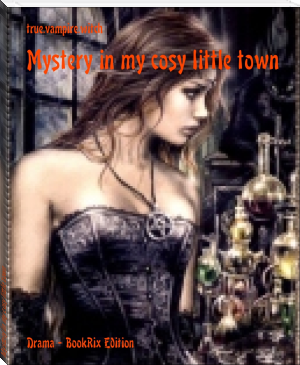 Hi my name is Jane. I live with my so called parents and brothers and sisters, two of each. I'm saying so called because I was adopted. Things in my house have been weird lately I keep overhearing them say 'she's almost ready'. Ready for what! I was so afraid to say this to my best friend Tess she is just such a blabber mouth. All she ever does is talk. She couldn't keep a secret even if her life depended on it. Still, even knowing that I told her about the weird things going on at home, but afterwards I so regretted it. I was expecting her to tell everyone, but she didn't. I wonder why she chose now not to spill the beans to every single stinkin' person she came in contact with. Something's definitely not right in the little town of Clitenar. To make matters worse (and to prove that the universe is totally against me) a new kid moved in today, a totally HOT new kid, but when I took him home to introduce him to my parents they acted like they hated each other. I have no idea why either, and I'm going to do whatever it takes to find out what is going on in this small town.