The History Of rome; Books Nine To Twenty-Six Fiscle (Part-I) 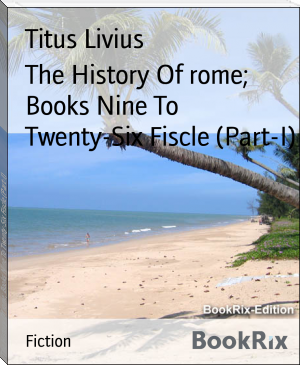 Titus Livius Patavinus (64 or 59 BC – AD 17)—known as Livy /ˈlɪvi/ in English—was a Roman historian who wrote a monumental history of Rome and the Roman people - Ab Urbe Condita Libri (Books from the Foundation of the City) - covering the period from the earliest legends of Rome before the traditional foundation in 753 BC through the reign of Augustus in Livy's own time. He was on familiar terms with the Julio-Claudian family, advising Augustus's grandnephew, the future emperor Claudius, as a young man not long before 14 AD in a letter to take up the writing of history.[1] Livy and Augustus's wife, Livia, were from the same clan in different locations, although not related by blood.[citation needed]