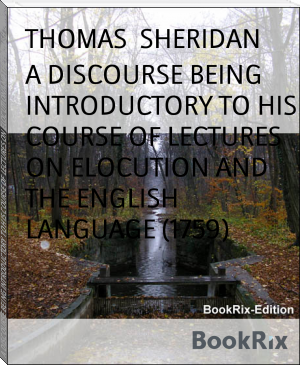 Thomas Sheridan (1718-1788) devoted his life to enterprises within the
sphere of spoken English, and although he achieved more than common
success in all his undertakings, it was his fate to have his reputation
eclipsed by more famous contemporaries and eroded by the passage of
time. On the stage, he was compared favorably with Garrick, but his name
lives in the theatre only through his son Richard Brinsley. A leading
theorist of the elocutionary movement, his pronouncing dictionary ranks
after the works of Dr. Johnson and John Walker, and his entire
contribution dimmed when the movement fell into disrepute